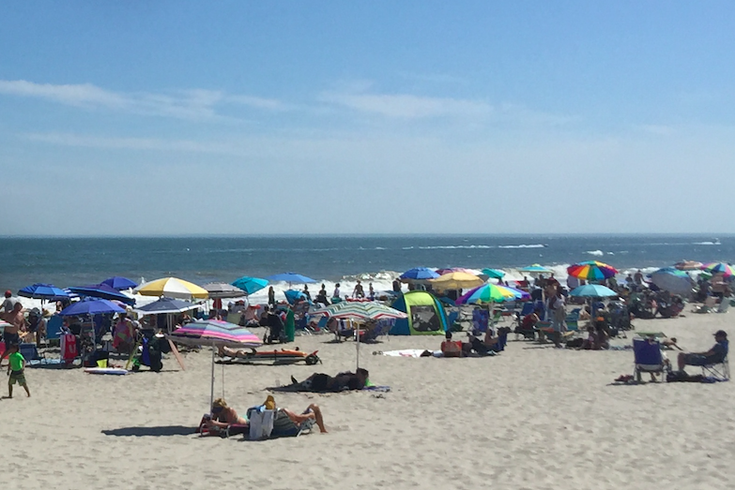 If you're planning to head to the Jersey Shore this summer, make sure to have your beach umbrella secured in the sand. Otherwise, you may find yourself paying a fine.

A bill introduced in the General Assembly would require beachgoers to secure umbrellas with an attachment, like tie-down straps or sandbags, to prevent them from flying off and injuring people, according to the Associated Press.

The initial version of the bill, written by Assemblyman Eric Houghtaling, requires umbrellas to be secured only when wind speeds reach 25 mph. But Houghtaling told the AP that he plans to eliminate that provision as the bill moves forward, thus requiring beachgoers to fasten their umbrella anytime they're on the sand.

First-time offenders will be fined $50. Subsequent violations could result in as much as $250 in fines.

“It’s a simple thing to do, but a lot of people don’t want to be bothered with it,” Houghtaling told the AP. “The weather at the beach is so unpredictable that the wind can kick up at any time, and you can have 20 umbrellas flying all over the place.”

More than 2,800 injuries caused by flying beach umbrellas were treated at U.S. emergency rooms from 2010-2018, according to the U.S. Consumer Product Safety Commission.

Similar laws exist in other states, including both Carolinas.

Houghtaling isn’t the only politician from New Jersey working on this issue. U.S. Senator Bob Menendez asked the CPSC last year to study the necessity for safety recommendations regarding beach umbrellas.