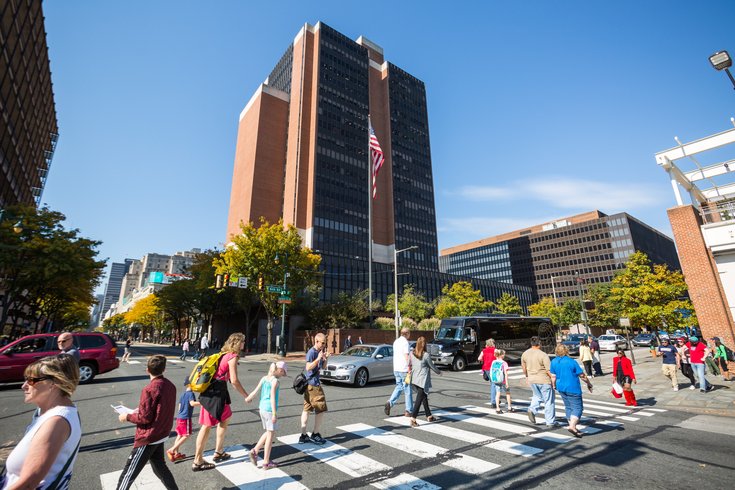 Court documents seeking a recount in Pennsylvania's presidential election paint an unflattering picture of the state's voting system, calling it a "national disgrace" that uses "vulnerable, hackable, antiquated technology," but offer no specific evidence the results of the Nov. 8 election had been corrupted.

Jill Stein is the lead plaintiff of the Green Party-backed campaign to force a statewide recount of Pennsylvania's election, which Republican Donald Trump won.

Tuesday afternoon, U.S. District Judge Paul S. Diamond issued an order scheduling a hearing in his court on the issue for Friday at 1:30 p.m. At that hearing, attorneys for Stein and president-elect Trump and Vice President-elect Mike Pence along with lawyers for the the commonwealth of Pennsylvania will make arguments for and against Stein's request for a recount.

Diamond also set deadlines on Wednesday and Thursday for the parties involved to provide him with evidence supporting their arguments.

In Pennsylvania, the Green Party first sought the recount through the state court system but dropped the case Saturday after a judge ordered a $1 million bond be posted in order to continue. Stein and co-plaintiff Randall Reitz filed their federal lawsuit in the U.S. District Court for the Eastern District of Pennsylvania on Monday.

The 19-page complaint criticizes the voting technology used in Pennsylvania and what Stein's lawyers portray as a series of obstacles voters must pass in order to "make sure their votes are counted."

"This labyrinthine, incomprehensible, and impossibly burdensome election regime might make [author Franz] Kafka proud," the lawsuit states. "But for ordinary voters, it is a disaster."

"Whether voting machines are connected to the Internet is irrelevant. Sophisticated attackers such as nation-states have a developed a variety of techniques to attack non-Internet-connected systems." – From Jill Stein's Pa. recount lawsuit

Stein and Reitz want a federal judge to order an immediate recount of all paper ballots cast in counties using optical scan voting machines. She is also asking the state to allow the plaintiffs to do a forensic examination of a sampling of the results recorded by the other type of machine used in Pennsylvania.

"A majority of machines voted for Donald Trump in Pennsylvania," Stein's court documents state. "But who did the people vote for? Absent this Court’s intervention, Pennsylvanians will never know that truth."

Most of Pennsylvania's 67 counties – accounting for about 72 percent of the registered voters, according to Stein's lawsuit – cast ballots on direct electronic recording voting machines. The state's version of machines does not create a paper trail of individual votes.

The direct electronic machines and optical machines both can be hacked, Stein argues.

"In just a few seconds, anyone can install vote-stealing malware on a voting machine that silently alters the electronic records of every vote," the lawsuit states. "Absent a thorough, sophisticated forensic examination by computer experts, it is not possible to determine the absence of malicious software hiding within many thousands of lines of legitimate software code."

The suit continues to state, "Whether voting machines are connected to the Internet is irrelevant. Sophisticated attackers such as nation-states have developed a variety of techniques to attack non-Internet-connected systems."

Beyond the broad accusations, Stein and Reitz do not cite any specific incidents from Election Day as evidence that someone, domestic or foreign, had hacked and altered Pennsylvania's results.

Stein had said the purpose of Pennsylvania's recount was to ensure "our votes are safe and secure," considering hackers probed election targets in other states and accessed the emails of the Democratic National Committee and several Clinton staffers. U.S. security officials have said they believe Russian hackers orchestrated the email hacks, something Russia has denied.

A recount began Thursday in Wisconsin, while a recount could begin soon in Michigan. Trump's victory in Pennsylvania was particularly stunning: The state's fifth-most electoral votes are a key stepping stone to the White House, and no Republican presidential candidate had captured the state since 1988.

In the Pennsylvania case, Stein is being represented by attorney Gregory M. Harvey.