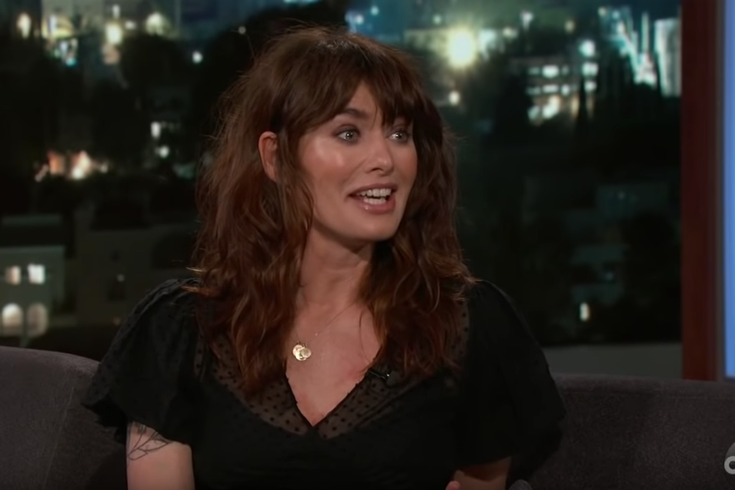 Lena Headey, known for her role as Queen Cersei in "Game of Thrones," appeared on "Jimmy Kimmel Live!" Thursday night to discuss the show's inevitable end coming in April.

Kimmel mentions how its weird to see her without the wig she wears on the show, which Headey refers to as the "itchy turnip." The actress wanted to burn it, and even joked she did before saying, "I didn't - they'd sue me, but I'd like to."

Kimmel asks if they receive scripts with just their character's scenes.

"They usually give us all of them and if anyone says they don't flick to the end, they're lying, cause I know we all do that," she said. She notes that the cast are never normally all in Belfast at the same time, so this last season was the first table read with everyone in the cast at once. Having everyone there made it very "emotional."

Headey, in fact, described how she had to run from the series creators, D.B. Weiss and David Benioff, as she ended her last scene.

At the end of each main character's last scene, the creators would stop production for a farewell speech and presentation of drawn storyboards. "I suddenly got really emotional at the end of trying to head down the stairs and they all rushed up and trapped me and then they gave this speech. It was really moving."

Kimmel admits that he is not rooting for Cersei but asks if she is, to which she replies somewhat sympathetically, “Someone has to.” (Fair enough.)

Later on in the interview she talks about moving out of Los Angeles and back to her hometown in Northern England. During this time she had to live with her parents for a year, which she notes made her feel like a child again. "That is not very Queen Cersei at all," Kimmel jokes, adding, "How did that go?"

In trying to find the right words she says, "We still talk."