He said on his podcast 'left-wing' extremists were arrested for arson, which is false. Officials debunked rumors about demonstrators in Oregon last week 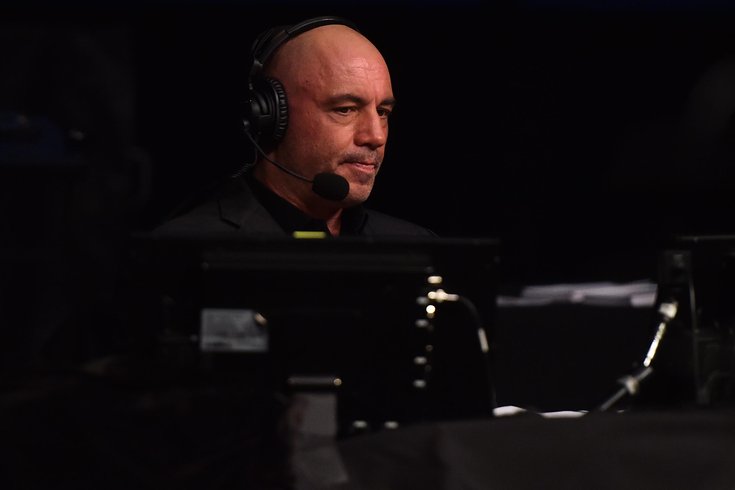 Joe Rogan called remarks he made during his Sept. 17 podcast 'irresponsible.' Rogan had falsely claimed Oregon demonstrators were involved with igniting the state's dangerous wildfires.

Podcaster Joe Rogan publicly apologized on Friday for spreading misinformation that wildfires in Oregon may have been deliberately started by "left-wing people," a rumor that had already been debunked by law enforcement agencies.

As Oregon and other West Coast states deal with dangerous and destructive wildfires, unfounded rumors emerged this week that the fires may have been started by activists. While the Portland Police Bureau warned last week of the dangers of starting fires during demonstrations, there has been no evidence of any deliberate attempts to do so.

Both the Oregon Department of Forestry and the Portland FBI shot down the suggestion last week.

Reports that extremists are setting wildfires in Oregon are untrue. Help us stop the spread of misinformation by only sharing information from trusted, official sources. pic.twitter.com/ENc4c3kjep

Several fires in the state are under investigation, but there have been no law enforcement links to Black Lives Matter or antifa, according to the New York Times.

Despite officials saying the rumor the wildfires had been started by extremists was false – and despite Facebook flagging the claim and promising to remove it from it's platform, though well after it had been circulated by right-wing QAnon conspiracy theorists – Joe Rogan insinuated on his podcast Thursday that demonstrators had been arrested for starting fires.

Joe Rogan lies to his millions of listeners that left-wing activists are starting forest fires in Oregon. This dangerous claim has been completely debunked. pic.twitter.com/qbNK9GQB9h

I fucked up on the podcast with Douglas Murray and said that people got arrested lighting fires in Portland. That turns out to not be true. I was very irresponsible not looking into it before I repeated it. I read one story about a guy getting arrested for lighting fires...

...turned out to be true, but the other shit I read about people getting arrested for lighting fires in Portland was not true. I repeated it without looking into it and it was a really fucking stupid mistake that won’t happen again.
I’m sorry.

Rogan's podcast, "The Joe Rogan Experience," attracts in the range of 200 million listeners.

As Uproxx reported this week, the incident comes as President Donald Trump expressed support for the idea of a four-hour debate with Joe Biden moderated by Rogan, who had previously endorsed Bernie Sanders but says he will now vote for Trump.

At least 10 people have died and 22 were reported missing in Oregon's wildfires earlier this week.

Across the West Coast, the National Interagency Fire Center said this week at least 87 wildfires are burning and more than 4.7 million acres have been torched.