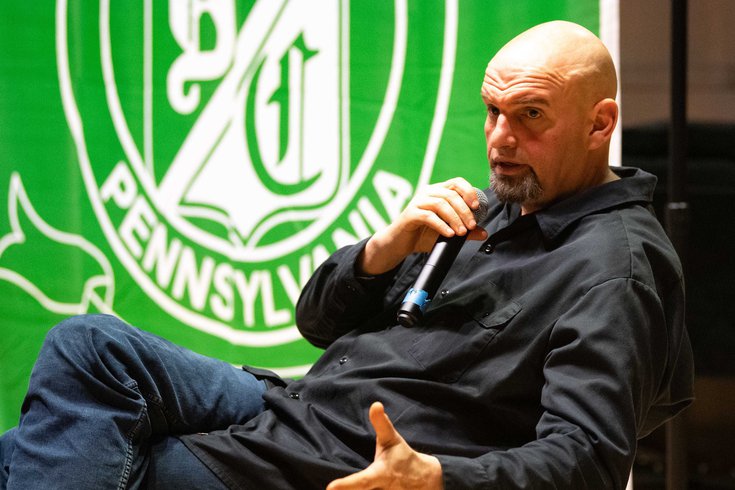 The Democrat's news is hardly a surprise – Fetterman, who was elected lieutenant governor on the ticket with Gov. Tom Wolf in 2018, has been publicly mulling over a Senate run since early January. It was also revealed said Friday that Fetterman's candidate paperwork had been accepted.

After the weekend, the former Braddock mayor known for his progressive policies made his candidacy official.

"I'm running for the United States Senate for the same reason I ran for Lieutenant Governor in 2018 and Mayor of Braddock 16 years ago, because I believe in a set of core truths. I believe in the dignity of work and the dignity of a paycheck. I believe the union way of life is sacred. I believe in healthcare as a fundamental, basic human right," Fetterman said.

Environmental justice, criminal justice reform, LGBTQAI rights and, of course, marijuana legalization were also listed among the "core values" Fetterman says he will fight for.

In a video released with the statement, Fetterman pushed a message of unity and said he would aim to help Pennsylvania's small communities and rural towns "that have been left behind." He used Braddock as an example of one of those towns.

Fetterman made a failed run for Senate in 2016, losing in the Democratic primary to Katie McGinty, who was ultimately defeated by Toomey.

The lieutenant governor rose to prominence in 2018 when Vermont Sen. Bernie Sanders endorsed, Fetterman, who was also an outspoken critic of former President Donald Trump.

Fetterman's 2022 campaign has already raised more than $1.3 million in donations from 43,000 different donors who the campaign said hail from all 67 of Pennsylvania's counties.