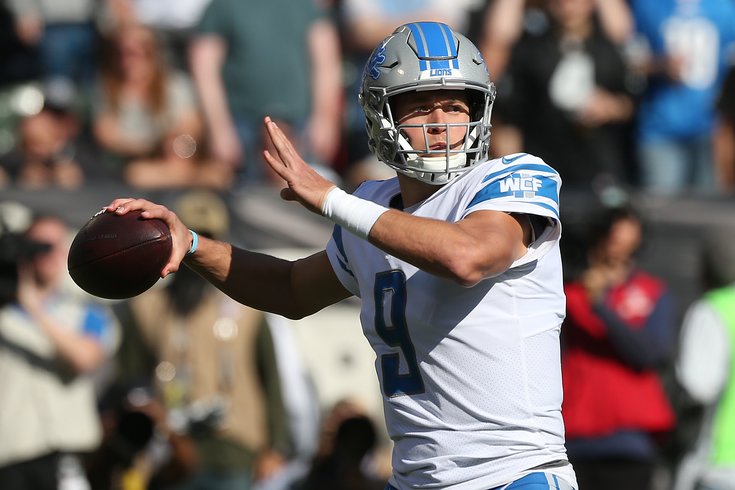 Back when investigative topped activism as the more likely descriptor for journalism, reporters were taught to follow the money.

Inevitably, a story would be uncovered by working the financials and that time-tested sensibility remains true to this day.

Take the 2020 NFL season and why the league and the Players Association are moving forward in the wake of a global pandemic no matter how many players opt-out or test positive for COVID-19.

That reality has been confounding to some in an industry in which everyone trained at even the most remedial of levels should be able to trace back to the $8-plus billion of television rights fees at the end of the rainbow and understand the goal.

Instead, we have increased head-scratching from de facto morality police who seemingly can’t understand a business trying to make money by doing business or even worse, consciously push narratives to advance an ideological cause dear to them rather than adhering to any journalistic principles.

The result is an ugly stew of anger, distrust, and shaming framed by political bent.

Detroit is almost 600 miles away from Philadelphia but the Eagles, and the rest of the NFL for that matter, should have an eye on the Motor City in the wake of what went on with Lions star quarterback Matthew Stafford.

Stafford was placed on the reserve/COVID-19 list for a couple of days after a false positive for coronavirus, something that the Lions confirmed on Tuesday.

"Today we removed Matthew Stafford from the COVID-IR list and onto the active roster. As a result of a false-positive test result, he was forced due to NFL/NFLPA protocols to sit out until he received two negative tests," the club said.

The pre-entry testing results for Stafford were: negative, negative, false-positive. The last one confirmed by the three tests reading all negative.

"To be clear, Matthew does NOT have COVID-19 and never has had COVID-19 and the test in question was a false-positive,” the Lions explained. “Also, all of Matthew's family have been tested and everyone is negative."

Why did the organization have to explain things so carefully?

For that explanation, we go to Kelly Stafford, Matt’s wife.

"I have been losing my mind because of how my family has been treated since my husband was put on COVID-IR," Kelly Stafford wrote on Instagram Tuesday:

@nfl @nfl @nfl I would also like people to know.. if you saw me out and about after this, it was because we already knew it was a false positive. We would never chance endangering anyone with this virus. If we have learned anything in the past two years, it’s that we know the value of health and the health of others.

"Even after we knew it was false positive, our school told us they were not allowed back, I was approached in a grocery store and told I was 'endangering others,' my kids were harassed and kicked off a playground, I was told I needed to wait in my car when trying to pick up food, and people closest to us had to get tested just so they could go back to work. ... and that's just to name a few things."

From a pure football perspective going on the reserve/COVID-19 list for a few days in the summer means nothing but a positive test — especially a false one like Stafford’s — creates issues that have both on-field and off-field repercussions.

What if that false-positive came on the Saturday before a game and a star player is forced to miss the contest due to the protocols?

Competitive equity, something the NFL was very keen on when it thought the calendar was on its side, is now flippantly dismissed.

Meanwhile, you now have more than ample evidence that the cottage industry of shaming, something already highlighted locally by the response to Lane Johnson's confirmed positive test, is metastasizing.

In Johnson’s case, the self-appointed Twitter contact-tracers confirmed he was infected during his O-Line Masterminds Summit in Texas, a current COVID-19 hot spot. After all, there was a video of guys eating wings with no social distancing.

More so Johnson also recently took time out of his busy schedule to serve hospital workers in Cherry Hill water ice to thank them for all their hard work during the pandemic. Amazingly, Johnson was also shamed for that by many who would never even consider engaging in altruism, the irony lost to the projection of self-aggrandizing morality in a public forum.

The “positives” are essentially now in the crosshairs of Donald Sutherland at the end of “Invasion of the Body Snatchers.”

“Maybe we should be absolutely positive a person has COVID before releasing that info to the world," Kelly said. "I'm sharing our experience because I don't want it happening to any other family that plays for this league."

So what exactly is going on here with the false-positive?

The PCR/nasal swab test the NFL is using would be pretty close to 100 percent accurate if administered properly, according to several sources online.

Armed with that declaration PhillyVoice.com contacted Andy O. Miller, MD, an infectious disease specialist at the Hospital for Special Surgery in New York, for clarification.

"The nasopharyngeal swab (all the way to the back of the nose) is probably the most accurate sample," Miller explained, "but there are promising tests using mid-turbinate nasal swabs (halfway back the nose), nasal swabs (front of the nose), and oral/saliva samples."

Talking to players around the league, most of the testing so far has been described as the mid-turbinate version with the occasional nasopharyngeal swab.

"They can be broken down into two types:" Miller said. "A “true” false positive (like the alleged Stafford result). (Patient has no virus, never had virus, and the positive test is just random). That seems to be very rare. A remnant of a prior infection. This seems common, unfortunately."

Miller explained it this way: "Someone has COVID-19, symptomatic or otherwise. The infection passes; they’re fine, and their body even produced antibodies. But the PCR test can remain positive – maddeningly – for weeks. Often it’s only intermittently positive – one day negative, the next positive – and almost always at very, very, very low levels of virus. These aren’t really false positives, but they are misleading because they almost never represent new, active, transmissible, contagious COVID-19."

Worse clearing up the confusion depends on the clinical scenario Miller explained. "You can’t always say that the confusion can be cleared up, sometimes – [you] need to do what is wisest and safest without perfect knowledge."

There is simply no way of knowing what went wrong with the Stafford test and worse yet, no guarantee it won't happen again.

Meanwhile, the shaming marches forward and remember that technically the NFL's reserve/COVID-19 list isn’t even a confirmation of a positive test. It could simply mean that a player was in contact with someone who has the virus and needs to pass the two tests before returning.

In Philadelphia, both Johnson and coach Doug Pederson confirmed testing positive but two other players on the list — linebacker Nate Gerry and offensive lineman Jordan Mailata — have not confirmed their statuses.

The problem there comes with timing to the social-media detectives.

Johnson, Gerry, and Mailata were all placed on the list July 29. In theory, the latter two would be back on the active roster with negative tests since then so while it's by no means confirmed and the Eagles could just be playing it cautiously and using their own quarantine system this early in the summer, the better bet is that there were positive tests for both.

However, even if that Sherlock Homes-inspired work is disproved, no one is engaging in layered thinking or nuance when it comes to the judgment anyway.

If this whole thing seems untenable, that's because it probably is right up until you follow that money and find the $8 billion.

The show goes on.