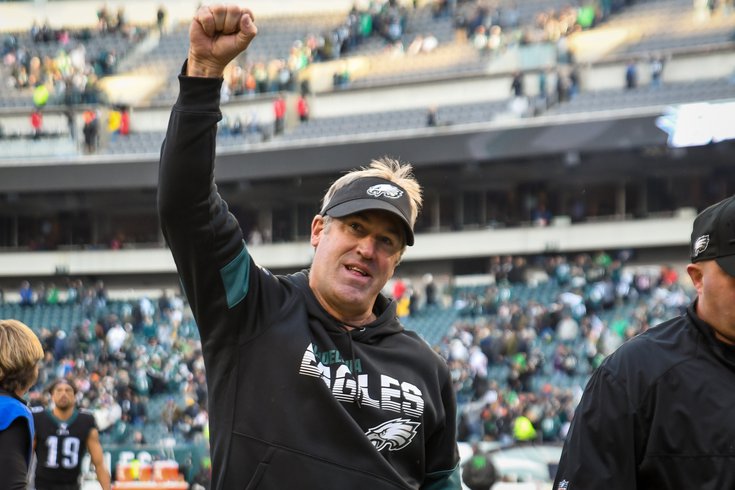 As the NFL attempts to have a football season in 2020 amidst a pandemic, perhaps it's worth tracking each of the Philadelphia Eagles' players and staff who have had to quarantine as a result of a positive coronavirus test (or exposure to someone who has tested positive), as well as anyone who has chosen to opt out of the 2020 season.

We'll post the chart first, with an explanation of each player/staffer thereafter.

A look at the NFL's protocols for a return to team facilities:

• WR Marquise Goodwin (opted out): Goodwin and his family previously suffered through the pain of three miscarriages, and he has a five-month old daughter, so he chose to opt out of the 2020 season. We previously covered how his opt out would affect the Eagles' season, football-wise.

• RT Lane Johnson (Reserve/COVID-19): Johnson confirmed that he tested positive for the virus. As a seven year veteran heading into his eighth season, and seemingly in excellent shape, Johnson likely wouldn't benefit much from the ramp up period prior to the practice portion of training camp. Update: Johnson returned 13 days later.

• LB Nate Gerry (Reserve/COVID-19): Gerry is on the Reserve/COVID-19 list, but he has not yet confirmed whether or not he has tested positive. Update: Gerry returned 11 days later.

• OT Jordan Mailata (Reserve/COVID-19): Mailata is on the Reserve/COVID-19 list, but he has not yet confirmed whether or not he has tested positive. Update: Mailata returned 15 days later.

• HC Doug Pederson: Pederson (53) wasn't given an official designation because he's not a player, but the same protocols exist for his return to team facilities. Pederson confirmed that he tested positive for coronavirus, but is asymptomatic, and feels "great." Update: Pederson returned 10 days later.

• Passing game coordinator / QB coach Press Taylor: Taylor was in close contact with Pederson, so he was sent away from team facilities as a precaution, but has not yet tested positive. Update: The exact date of Taylor's return is unknown, but he has returned.