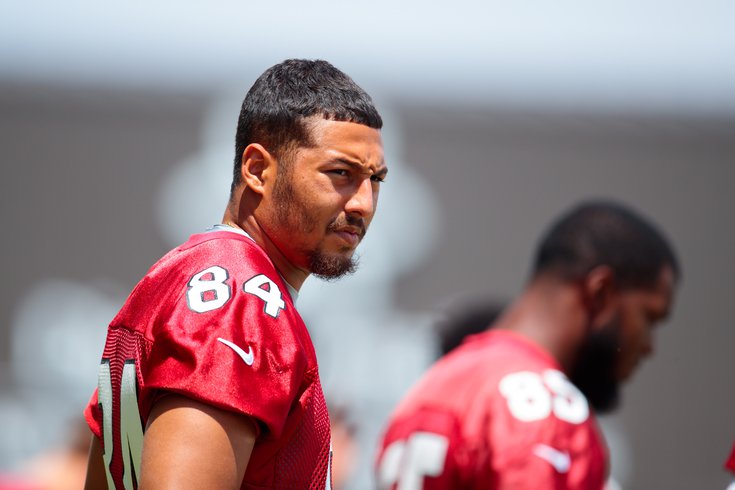 The Philadelphia Eagles announced on Tuesday that they claimed tight end Caleb Wilson off of waivers, after he was let go by the Washington Football Team on Monday. Wilson is the son of Chris Wilson, who was formerly the Eagles' defensive line coach from 2016 to 2018.

Wilson was the very last pick of the 2019 NFL Draft, by Arizona. The Cardinals waived him at 53-man cutdowns, and signed him to their practice squad thereafter. In December of last year, the Washington Football Team added Wilson to their active roster. He did not appear in any games.

At the 2018 NFL Combine, Wilson ran a fast 40 time, but his other athletic measurables weren't great:

Before the addition of Wilson, the Eagles only had four tight ends on their roster -- Zach Ertz, Dallas Goedert, Josh Perkins, and Noah Togiai. Previously, they had waived Alex Ellis.