The 'Last Week Tonight' host donated $20,000 to state food banks to pay for the 'Stay Up Late' artwork 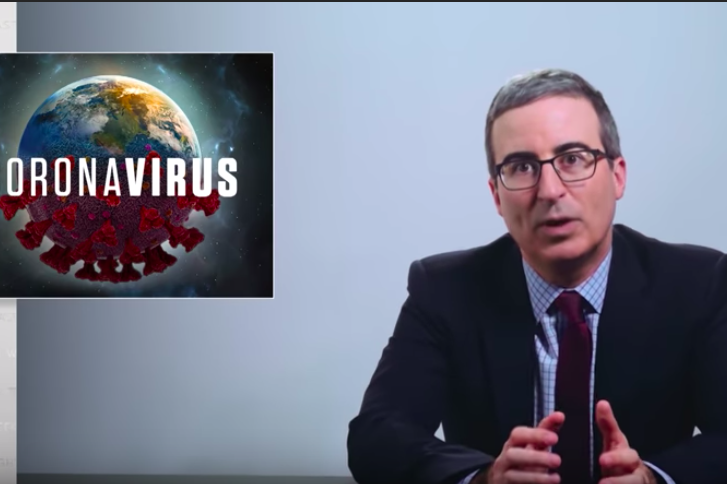 After two weeks of searching, John Oliver finally found 'Stay Up Late,' a rat erotica painting that was sold at a fundraising telethon in Pennsylvania in 1992. He then donated $20,000 to Pennsylvania food banks to compensate for the painting.

Two weeks ago John Oliver put out the call to viewers to find a weird painting by an obscure York, Pennsylvania artist named Brian Swords, depicting two anthropomorphic rats in a romantic embrace. On Sunday, the "Last Week Tonight" host declared the quest had come to a successful conclusion.

Locating "Stay Up Late" is not just a comedic victory, Oliver points out, it's a diversion from the world events around us. Who knew early-'90s, rat erotica could be so uplifting during this time of crisis?

"What are the chances that in 1992, in south-central Pennsylvania, a man would've made an impulse purchase of high quality rat erotica," Oliver says. "And then, instead of throwing it away at any point in the last 28 years, kept it, cherished it, framed it — not knowing that one day far in the future it might cause HBO to donate $20,000 to Pennsylvania food banks in the middle of the pandemic?"

The show also had offered the owner of the Swords painting $1,000 to buy it.