John Waters, at Penn, explores the lighter side of transgression

The king of trash cinema and breaker of taboos shares his thoughts on film today, Trump, and dog doo statues in Baltimore 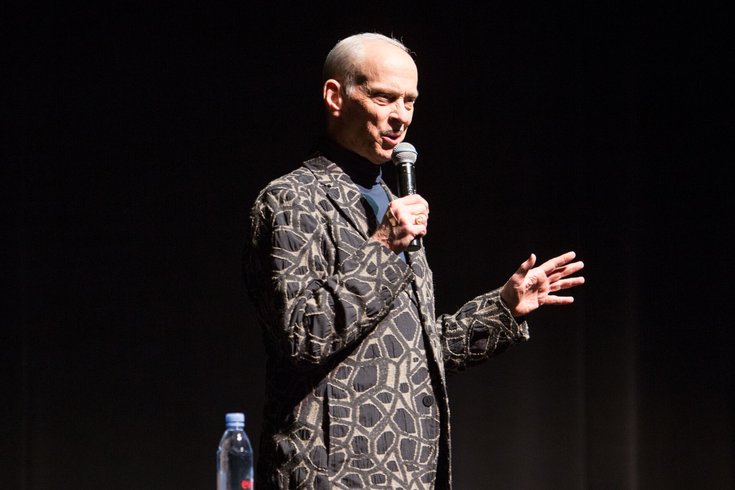 Most of the University of Pennsylvania undergraduates who attended John Waters’ talk at the Annenberg Center’s Zellerbach Theatre on Tuesday night were not yet born at the time that Waters’ most significant films – “Hairspray,” “Pink Flamingos” and “Female Trouble” – were released. In fact, most of them were likely in elementary school at the time that his most recent picture to date, “A Dirty Shame,” arrived in 2004.

To look at the now 72-year-old Waters is to observe a fascinating, one-of-a-kind dichotomy. Waters’ filmmaking career, as well as his public persona, is marked by a long list of things – open homosexuality, nontraditional representations of gender, over-the-top gross-out stunts, and utter rejection of establishment conventions. These were considerably more transgressive when he did them than they are today.

In many ways, Waters was decades ahead of his time. So how can the shockmeister of the ‘70s and ‘80s stay relevant, a time when the culture has very much caught up to him? That was a major theme of the talk at Penn this week. While Waters teased some personal disappointment with “political correctness,” he was able to acknowledge that standards have changed along with the times, but that in many, but not all cases, the changes are a good thing.

Give Waters credit: He’s not one of those former radicals who’s lapsed into reactionary thinking in his older age. He’s also not ranting about “kids these days.” In fact, he had very positive things to say about the Parkland High School survivors who have rallied for changes in gun laws. He did note, however, that it’s the “good kids” who are out protesting.

Waters’ talk, in its first half, resembled a standup comedy set, which, at times, veered into the hacky when mixing in topical and political jokes, and one gets the sense he’s been doing the same material on the road for a couple of years at this point. Waters, as you may have guessed, is not much of a fan of his fellow longtime vulgarian, President Donald Trump. He did share an inspired bit, however, about the First Lady.

“I feel sorry for all the drag queens,” he said. “No one wants to be Melania.”

He also had memorable thoughts about Bill Cosby (“I hated him before the rape”); Eminem (despite the history of anti-gay lyrics, Waters wants to meet him) and the Motion Picture Association of America (Waters expressed his wish to one day visit the movie-rating agency’s offices and do something unspeakable to one of their toilets.)

Later on, Waters got on more of a roll, sharing stories about virtually all of the 16 feature films that he directed between 1964 and 2004, most of them shot in Baltimore with a consistent company of actors, led by the late drag queen known as Divine. For most of the ‘60s and ’70s films, Waters was able to remember exactly which drug the cast and crew had favored at the time. Waters, though, opposes the proposal to erect a statue in Baltimore commemorating the scene in “Pink Flamingos” in which Divine eats dog poop.

I feel sorry for all the drag queens,” he said. “No one wants to be Melania.”

“We don’t have money for heat in the schools,” he said, “but they want to put up a dog sh*t statue?”

Waters, for the last several years, has been unable to get a movie made, although he has published several books and has toured the country giving talks like the one Tuesday night. Waters isn’t hurting for money, saying that he wouldn’t feel right about funding a movie through Kickstarter funds, since “I own three houses.”

"I may have made my last movie," he admitted.

He noted that he has managed to be paid multiple times over the years for different projects, including multiple never-made sequels to “Hairspray” and the numerous other versions of that work – the smash Broadway musical adaptation that launched in the early 2000s, the second movie that was based on the musical, and the recent TV version (which he liked less than the others, in part because “they made the gym teacher straight.”) Only Waters, after all, could make a film about racial integration in the early 1960s, co-starring a cross-dresser, and have it live on as his most mainstream and accessible work.

Even in his later films, Waters continued to innovate; he claims to have invented the sex act known as “teabagging” in his 1998 film “Pecker” – and then, to Waters’ great amusement, the right-wing Tea Party movement took up the nickname “Teabaggers” a decade later.

He has mixed feelings about today’s films, pointing out that “Hollywood tries to make gross-out movies that cost over $100 million, and aren’t funny.”

He added that he nearly always hates movies that are described by critics as “John Waters-esque.” 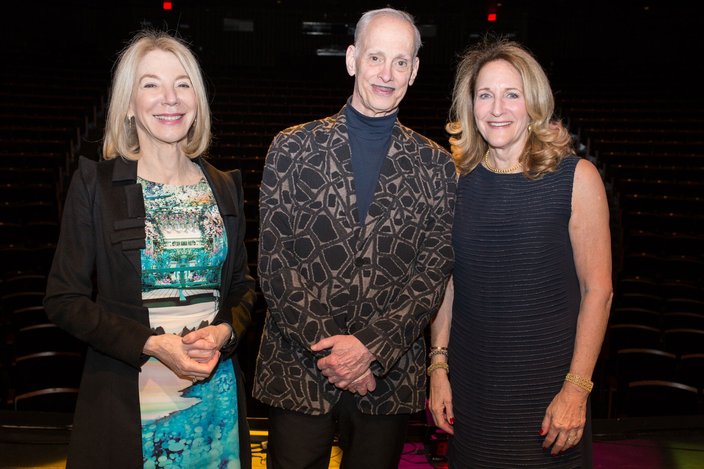 The event Tuesday doubled as the official launch of the Sachs Program For Arts Innovation, a new program at Penn made possible by a $15 million gift from Penn-grad philanthropists Keith and Kathy Sachs. At the program, Vice Provost for Faculty Anita Allen and Provost Wendell Pritchett announced the first 23 grantees, while honoring the memory of Keith Sachs, who passed away in March. University President Dr. Gutmann delivered the keynote speech and introduced Waters as an “icon among iconoclasts.” 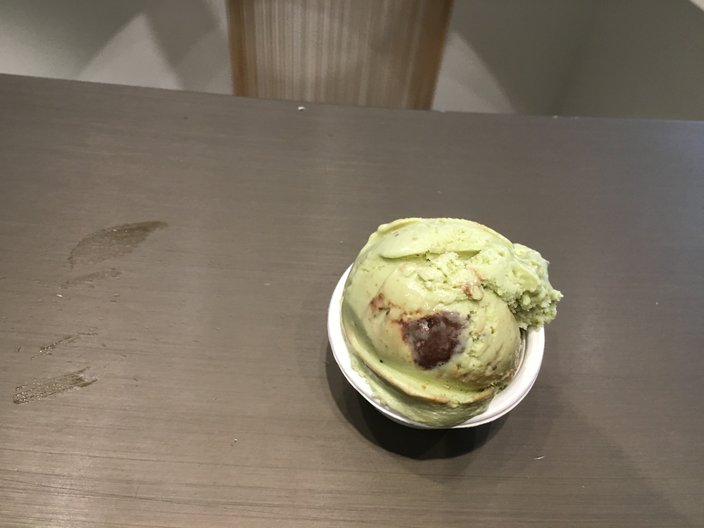 During the Q&A period, PhillyVoice asked Waters, who made most of his films in and around Baltimore, how he felt about a Baltimore-set film, Guillermo Del Toro’s “The Shape of Water,” which won this year’s Oscar for Best Picture. While he noted that the film was set in his hometown “for no apparent reason,” the director’s answer was vintage Waters: “Everyone I know in Baltimore, at least one time, has f**ked a monster.”