The original script, somehow, is even weirder than the movie itself 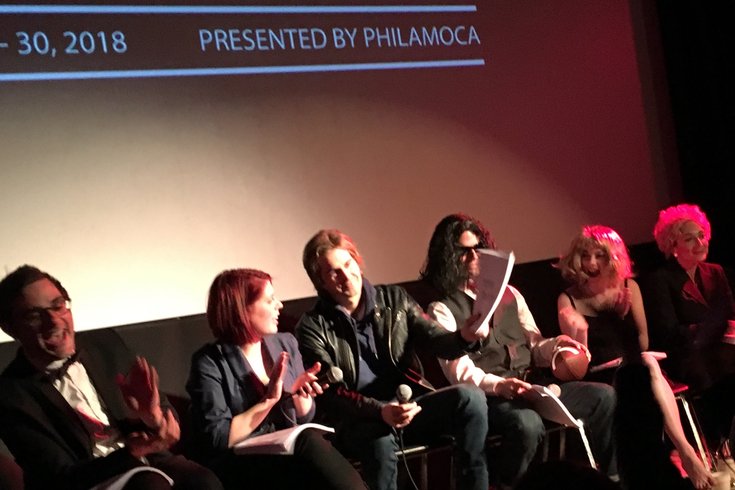 Actor Greg Sestero (middle) and the other cast members at the Cinedelphia Film Festival's live reading of the original screenplay of "The Room," April 19, 2018.

“The Room,” Tommy Wiseau’s bizarre, mysterious, self-aggrandizing independent film, celebrates its 15th anniversary this year. In those 15 years, “The Room” has emerged as the most prominent midnight movie since “The Rocky Horror Picture Show,” and the story behind it was the subject of last year’s popular, Oscar-nominated movie, “The Disaster Artist.”

But those are far from the only ancillary projects inspired by “The Room.” There have been multiple books from different principals, at least one documentary, and mockery from the likes of Rifftrax, Cinema Sins and the "How Did This Get Made?" podcast. And while Lin-Manuel Miranda’s announcement of a “The Room” Broadway musical turned out to be an April Fool's joke, Tommy Wiseau has indeed been working on a stage version of the film.

Last night, we got another new look at “The Room”: A live, staged reading of Wiseau’s original screenplay, which was held at PhilaMOCA in the city's Eraserhood section as part of this year’s Cinedelphia Film Festival. And Greg Sestero, co-star of “The Room” and author of The Disaster Artist book, was on hand to reprise his role as Mark, with several local actors reading other parts.

On Wednesday, Sestero was on hand for the Cinedelphia Film Festival’s Philadelphia premiere of “Best F(r)iends: Volume 1,” his re-teaming with Wiseau, from a screenplay written by Sestero himself; the film stars Sestero as a drifter and Wiseau as a “peculiar mortician.” Thursday, Sestero was back at PhilaMOCA for the script reading.

From the evening, one thing was clear: While it may seem impossible, Wiseau’s original script for “The Room” was even weirder, more incongruous, and nonsense-filled than was the finished film. It was, to quote the protagonist of a different cult film, “the original...not the compromised second draft.”

Sestero called the script “the unedited version, straight from Tommy’s mind,” and comes complete with obvious typos and some truly wild lines, such as “This isn’t right! You’re living with one guy, and doing sex with another!” But on the other hand, this version may have had fewer plot holes – it even mentions Claudette having cancer more than once.

The sell-out crowd was legitimately shocked and laughed loudly throughout – as did the actors, on a couple of occasions. 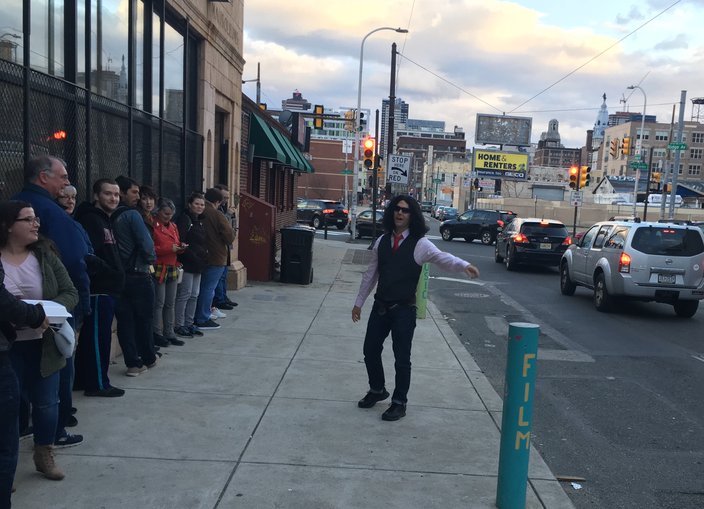 Jim Burns, the actor who played Johnny in “The Room,” warms up the crowd waiting in line outside before the show.

Of the cast, Jim Burns was the standout. The actor, who got the part via video audition, committed to the bit fully while impersonating Wiseau; he went so far as to throw the football around outside with moviegoers as they waited in line before the show. Meanwhile, Julia Celley perfectly channeled Carolyn Minnot’s Claudette, ranting about her feuds with various unseen male relatives.


PhillyVoice caught up with Sestero after the show, as he signed copies of the script and other “Room” merchandise. He said he’s always enjoyed visiting Philadelphia for past “The Room”-related events. He noted that on multiple occasions, he’s gotten good news while visiting the city, including the green-lighting of the "Disaster Artist" movie, as well as some unspecified good news he got this week about the "Best F(r)iends" film.

The Cinedelphia Film Festival continues through April 30. Remaining highlights include a family-friendly costume dance party called Mausoleum Monster Hop happening tomorrow, the genre film “Hagazussa: A Heathen’s Curse” on Sunday, a series called “Hellspawn: Short Films of the Damned,” also on Sunday, and the Wham City Comedy Tour on April 29, all at PhilaMOCA. Check out the full lineup here.