Proposed Elwood project would sit directly across from The Fillmore 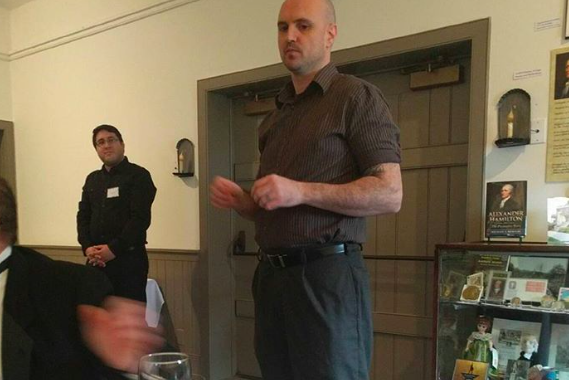 As restaurant and venue combos in Philadelphia go, many would agree that Johnny Brenda's in Fishtown remains the longstanding best of the best. There's an eclectic mix of artists, a warm and inviting atmosphere and a great selection of salads and classic American fare.

The neighborhood may now be on its way getting an offshoot of Johnny Brenda's, led by chef Adam Diltz, who has been at the Frankford Avenue epicenter for the last two years.

According to Eater Philly, Diltz wants to open a 30-seat BYOB at 1007 Frankford Avenue. The proposed project, called Elwood, would feature a cuisine comprised of favorites from the Pennsylvania and broader Mid-Atlantic region.

The location, directly across from The Fillmore, would be an instant fit among those in the neighborhood to eat and drink before shows. With a big venue now in the fold, Fishtown's already busy restaurant scene has seen a steady expansion over the past year. Next month, SliCE will open its first organic pizzeria at 431 E. Girard Avenue, joining other recent newcomers from Heffe and Igloo to Root and Fishtown Social.

Diltz's proposal will go before the Fishtown Neighbors Association for zoning approval on July 12.