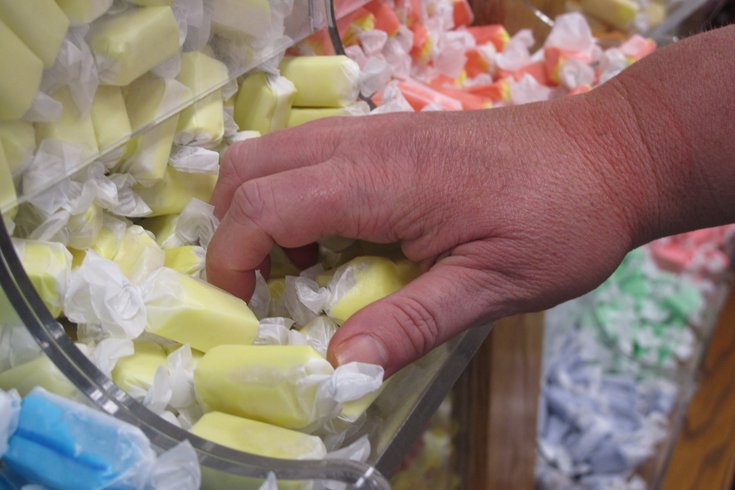 Need an excuse to forgo swimsuit dieting this month?

"Pennsylvania is unofficially known as 'America's sweet spot,'" Susan Whiteside, vice president of PR & Marketing Communications at the National Confectioners Association, according to a report published in The Morning Call.

According to the National Confectioners Association, June is National Candy Month, and not celebrating the season of sweetness would be wrong.

So to help you stay sweet, rather than sorry, we compiled a list of five local and iconic candy shops you should know. 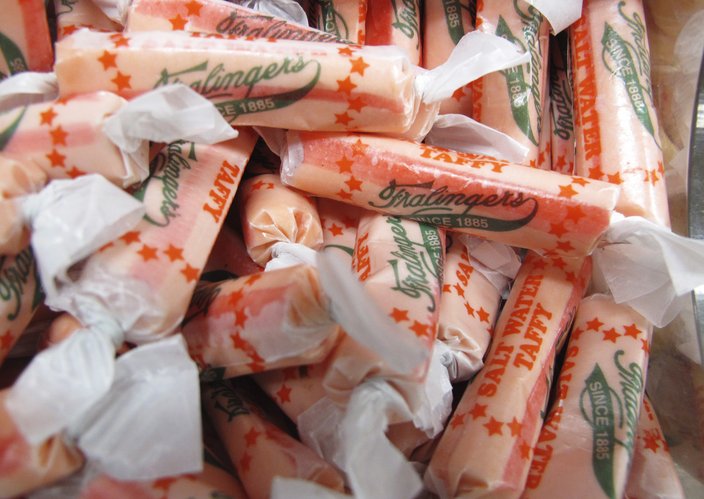 Orange-flavored salt water taffy is displayed at Fralinger's on the Boardwalk in Atlantic City N.J. (AP)

For many travelers, a trip to the Jersey shore wouldn't be complete without purchasing a box of Fralinger's Salt Water Taffy. And rightfully so.

The iconic, family owned candy manufacturing company originated on Atlantic City's Boardwalk in the 1880s, where it still stands today, manufacturing 600,000 pounds of the taffy molded into 16 varieties of 2-inch cylinders each year.

According to its website, the Salt Water Taffy received its name by accident after a strong overnight surf dampened the ocean-front shop's taffy.

As the story goes, "The next morning, the young candy merchant was dismayed to find his merchandise wet and responded to a girl’s request for taffy with a sarcastic but witty, 'You mean Salt Water Taffy?'." And the rest, as they say, is history.

Bethlehem, Pa.
Peeps, displayed at the Just Born factory in Bethlehem, Pa., celebrated its 60th anniversary in 2013. (AP)
Did you know Mike and Ike, Marshmallow Peeps and Peanut Chews are made at a company located in Bensalem, Pennsylvania?
Just Born has been booming since its humble start in 1923, currently operating three retail stores and a manufacturing facility in Philadelphia.
How It's Made:
Fun Fact: "Jimmies," the chocolate grains sprinkled on ice cream were invented at Just Born, and named after the employee who made them. 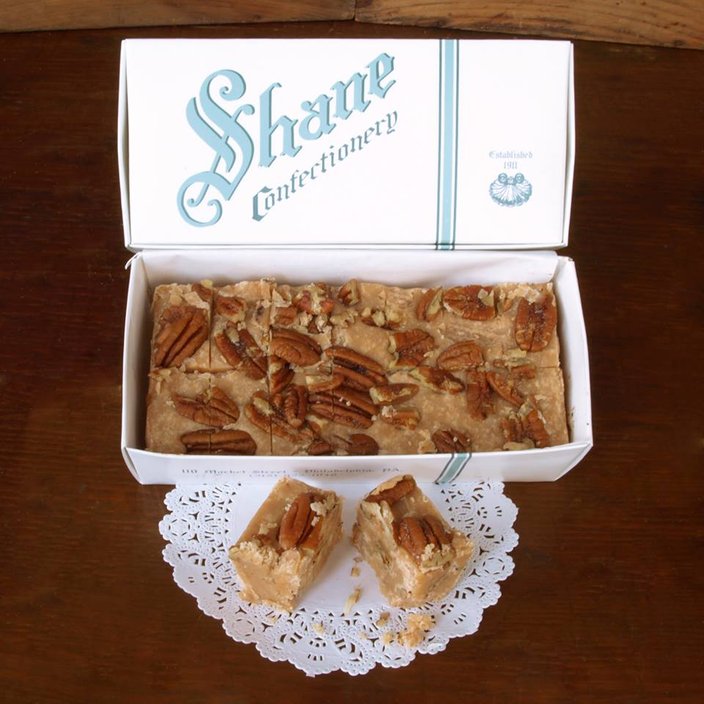 Shane Confectionary is the oldest continuously operated candy shop in America. (Shane Confectionary)
The Philadelphia landmark, which has been around since 1863, was saved from a near meltdown in 2010 when its factory was purchased and restored by brothers Ryan and Eric Berley, who also own the Franklin Fountain, a vintage ice-cream parlor located a leap away from the candy shop on Market Street, according to a feature published in Smithsonian Magazine.
"Nowadays the shelves boast hundreds of classic and seasonal delights, about half of which are concocted in the upstairs candy lofts," the article reads.
How It's Made:
Fun Fact:
Shane has an entire floor devoted to hand-dipping chocolates of all varieties.

Located at store locations throughout Pennsylvania and online. 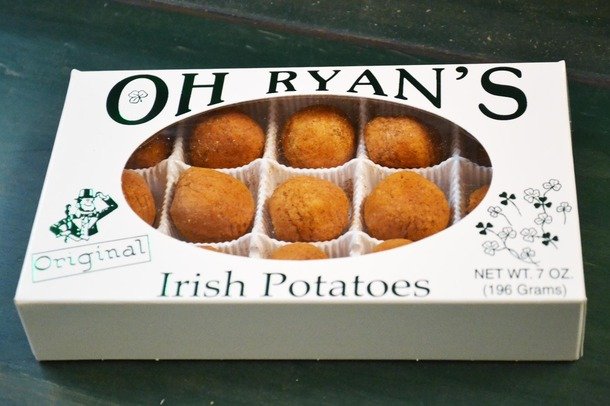 Made in Pennsylvania, this traditional Irish-American confectionary makes a great treat at any time of the year. (Amazon)
Made from a mixture of coconut cream coated in cinnamon, the candies, the size of gum-balls, are a Philadelphia tradition that date back to 1989 and are popular treats all year-round, not just on St. Patrick's Day.
In its 2014 December issue, Food Network Magazine's "Sweets from Every State" paired Pennsylvania with Irish Potato Candy from Oh Ryan's as the best holiday gift-giving sweet.
How It's Made:

"Irish potatoes are not Irish and do not have potatoes in them," Harry Hefton, sales representative for Oh Ryan's told reporter Laura Randall.

A compilation of local iconic candy shops wouldn't be complete without a nod to The Hershey Company, the largest producer of quality chocolate in North America, based right in Pennsylvania.

According to the company's website, Milton S. Hershey, the man behind the candy company, was an American entrepreneur who was as sweet as his trademark chocolate, having used his personal wealth to enrich the lives of others.

The Hershey Company, in Hershey, Pennsylvania, opened in 1894. Its products are sold in more than 60 countries worldwide, with a retail location in New York City's Time Square (above).

Fun Fact:
At Hershey Park in Hershey, Pennsylvania, guests can make their own chocolate in a chocolate lab inspired by Milton Hershey's own candy-making methods.