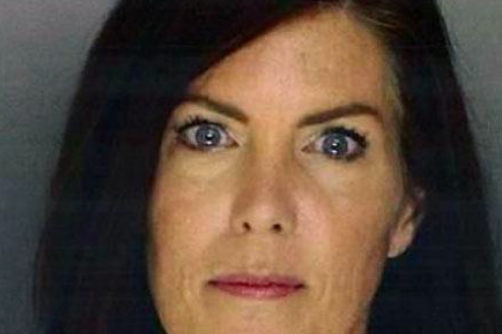 There are no ground rules about what she will – or won’t – answer.

“She’ll respond to questions as they are asked,” her spokesman, Chuck Ardo, said Tuesday morning.

By contrast, Kane took no questions Saturday afternoon when she was fingerprinted, had her mugshot taken and was arraigned in Norristown after being charged with unlawfully leaking secret grand jury information to the media in an attempt to embarrass a former colleague and then lying about it.

“I have thrown up in my mouth,” Peruto said of the risk Kane is taking by talking to the media. “This is a very triable case. It seems like some of this because there are people who are jealous of her and her career ascent, but to give this to the prosecution is borderline insane.”

Kane’s defense lawyer, Ross Kramer, said Kane is doing the press conference “as an individual, not as attorney general,” and he will not be there at her side when she speaks.

“She’s a very experienced politician – and a lawyer. I’ve spoken to her. She doesn’t need me there,” he said.

Peruto, who is no stranger to high-profile cases and media attention, begs to differ.

“I wish I were representing her. I’d sit her down for five hours and tell her the advice she’s been getting, the advice since she took office, has been horrible,” he said.

Kane has not learned how to “pick battles,” he said.

The alleged actions that have Kane, 49, in hot water began after the Philadelphia Inquirer published an article in March 2014, relying on leaked grand jury information, revealing that she had secretly shut down an undercover investigation of Democratic officials from Philadelphia seen pocketing bribes on videotape.

Kane apparently blamed Frank Fina, the lead prosecutor in that case, for providing information to the Inquirer for their story.

She allegedly decided to get even by leaking documents to the Inquirer’s sister paper, the Philadelphia Daily News. The leak to the Daily News suggested Fina had mishandled a long-shelved corruption case involving former Philadelphia NAACP leader J. Whyatt Mondesire.

Kane has contended she was free to release information about that investigation because it was from before she served as attorney general. The investigation was eventually dropped.

“Nothing good can come from this,” said Peruto, who has lots of experience with media scrutiny. “This press conference cannot have any upside. It can only give fodder to the prosecution.”

As well as representing clients, he had to endure an investigation two years ago into the death of his employee and girlfriend Julia Law, who drowned in his bathtub while he was away, weekending at the shore.

And he blasted Williams after the grand jury found no evidence related to Peruto, which was in keeping with the medical examiner’s finding of accidental drowning made just days after the death, but then he knew he was in the right.

Ironically, Williams eventually took the bribe cases dropped by Kane and won convictions in several of them. Williams, who hired some of the investigators who had worked the original case for the Attorney General’s Office, has criticized Kane.

J.C. Lore, a former criminal defense lawyer who teaches young lawyers how to handle court and legal procedures, said Kane’s standing as an elected official who wants to hold on to her career is the only reason for holding a press conference.

“The general rule is [to] never have a client answer questions,” said Lore, a professor at Rutgers University-Camden. “Answers can only damage them. The answers can be used in court.”

“The fact that she’s an officeholder – the highest law enforcement official in Pennsylvania – is a unique circumstance,” that may explain her desire to speak and show she is still able to go on with her job, said Lore.

“You have to think of what she values, and her career is pretty big, so this is not so irrational,” said Lore, adding that, if asked, he’d personally advise Kane not to speak.

“If she went against that advice, I’d have her practice and rehearse questions and answers and limit discussion only to the merits of what actually happened.

“I would stand next to (her) and tell her not to answer some questions. I’d be highly shocked if there weren’t some parameters or limitations,” said Lore.

But he conceded there is a reason to not to have that sort of close counsel, with a lawyer at her side during the press conference: “With a lawyer standing there, you appear like a criminal defendant.”

Ardo said he has had “no forewarning” about what Kane intends to say. “That’s an unknown.”

“But she feels a significant part has not been told," he said. "This is an attempt on her part to get that into the public arena. It is really critical that the attorney general be provided the fundamental premise of innocence.

“Anybody who has been the subject of many stories in the media and feels the information is skewed or completely wrong would want to correct the record, not just a public official,” said Ardo.

In a related action, Kane’s driver and confidant, Patrick Reese, was arraigned Tuesday morning in Norristown on charges he snooped in colleagues' emails to glean information about the investigation of Kane.

He pleaded not guilty, had his bail set at $5,000 unsecured, did not take reporters questions and returned to his job on Kane’s security payroll.