Kelly Clarkson to host her own daytime talk show in 2019 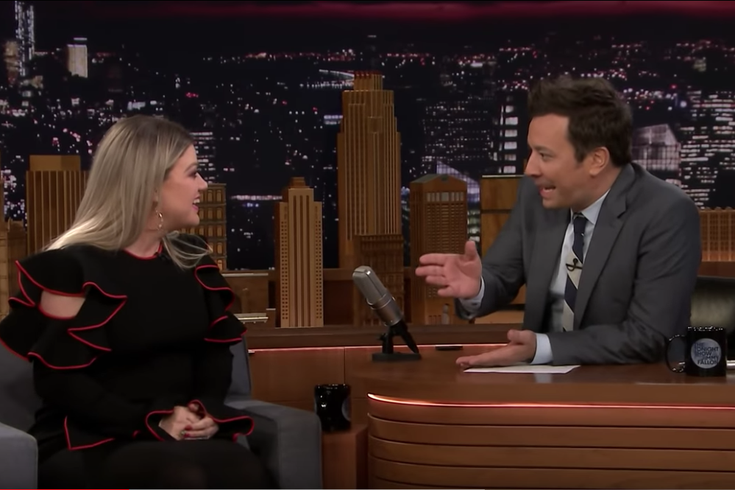 Kelly Clarkson appears as a guest on "The Tonight Show Starring Jimmy Fallon" and discusses her new daytime talk show coming in 2019.

Kelly Clarkson will host her own daytime talk show on NBC in 2019. Her show will replace Steve Harvey's talk show, "Steve."

Just as Clarkson was announced to air on the 11 major NBC markets in the U.S., including Los Angeles, New York, Chicago, and Philadelphia, Harvey's show was announced to be pulled from the same 11 major markets. After five seasons, Harvey reportedly ended his contract with EndemolShine North America, ending his show in Chicago, "Steve Harvey," back in May 2017. "Steve" aired September 2017. The show is produced by IGM Original Content and filmed in Los Angeles.

Clarkson made the announcement somewhat unofficially on "The Tonight Show Starring Jimmy Fallon." According to The Hollywood Reporter, Clarkson filmed the pilot in early August. The show will air before "Ellen." She mentions that the show will be very "musical." The band that tours with her will also be her band on the show.

She even mentions, “If you don’t like music, you probably shouldn’t watch."

Clarkson is excited for the show, stating, “Well, I love talking, so, it’s my favorite pastime.”

She adds, “It’s hard for me to shut up, though. You know, you have to listen to people who come on your show.”

Clarkson, who won "American Idol" in 2002, is currently a judge on "The Voice." She won season 14 with Bryn Cartelli, and she will be back for this upcoming season airing Sept. 24. She will not be returning for season 16, however, and will instead be replaced with John Legend. She will be going on tour in support of her multi-platinum album, "Meaning of Life," with openers Kelsea Ballerini and Cartelli. The tour will stop in Allentown at the PPL Center on March 9.