Elizabeth and John Stoltzfus are prohibited from owning dogs 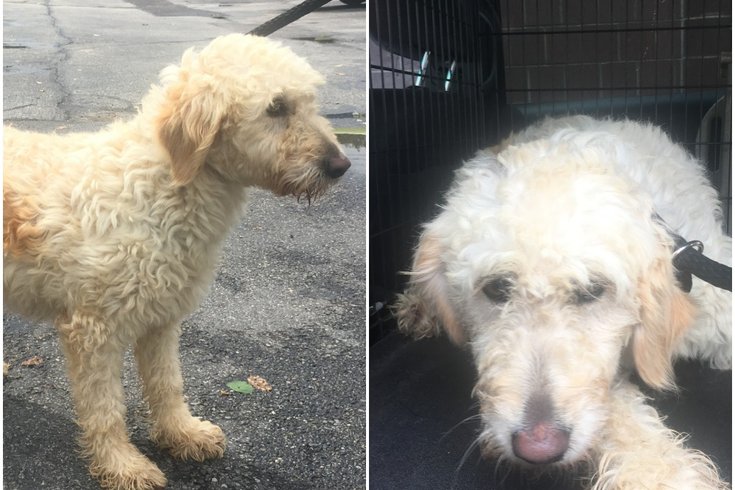 Connie, left, and Cathy are two Golden Doodle dogs available for adoption, after they were surrendered to the Pennsylvania SPCA from the Stoltzfus property.

Kennel owners Elizabeth and John Stoltzfus have pleaded guilty to hanging and killing two female dogs at their facility in western Chester County.

According to the Pennsylvania SPCA, John Stoltzfus was sentenced to 10 years prohibition of animal ownership after he pleaded guilty to killing and torturing the dogs. Elizabeth pleaded guilty to a count of failing to keep the kennel in a sanitary and humane condition and two counts of failure to notify the Pennsylvania Bureau of Dog Law prior to the euthanasia of a dog, and she is prohibited from owning an animal for two years.

The SPCA's Humane Law Enforcement Team launched an investigation into the dogs' deaths last August after it received information from the state bureau of dog law that the two canines – a Bichon and a Golden Doodle – had been killed at the Garden Spot Puppy Haven on North Moscow Road in Parkesburg.

The SPCA found that the two dogs had contracted brucellosis — an infectious disease caused by bacteria, which can be transmitted to humans through contact. The disease is curable through antibiotics.

All remaining dogs on the Stoltzfus property — two Golden Doodles pictured above named Cathy and Connie — were given to the SPCA and will be placed for adoption after being medically and behaviorally evaluated.

Officials had previously issued 11 citations or warnings and ordered 10 vet checks on dogs between 2010 and 2017 at the Stoltzfuses' Garden Spot Puppy Haven. By March, the kennel's license had been revoked, according to online state records.

“In my three years at the Pennsylvania SPCA this is the longest prohibition of animal ownership I have ever seen," said Gillian Kocher, director of public relations at Pennsylvania SPCA. "While the punishment may not fit the crime, we can find some small comfort in knowing that those who committed this heinous act will not have access to animals for a very long time.”

A fundraiser on Facebook has been started in honor of Connie and Cathy to raise money for the Humane Law Enforcement to save more animals like them.

Anyone who witnesses acts of animal cruelty is encouraged to call the PSPCA’s Cruelty Hotline, (866) 601-7722.