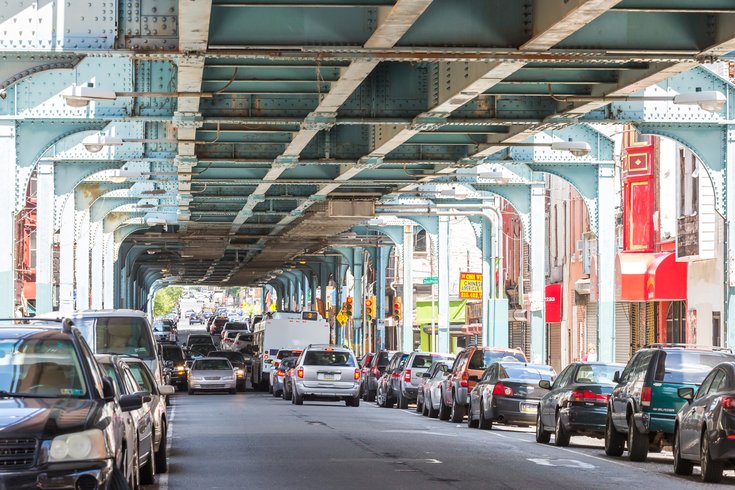 The elevated Market-Frankford Line on North Front Street in Kensington.

A multi-agency drug bust resulted in the arrest of 11 people allegedly associated with a distribution network in Kensington on Thursday morning, the Pennsylvania Attorney General's Office said.

More than 160 agents and officers were involved in the "Kensington Initiative," a targeted attempt to bring down major criminal drug organizations in a neighborhood plagued with addiction and homelessness.

Most of the heroin — about 170,000 doses — was sold on Argyle Street less than two blocks from the intersection of Kensington and Allegheny avenues.

Drug packaging paraphernalia was largely found at a residence on the 6200 block of Cardiff Street in Northeast Philadelphia, officials said.

Addresses for the suspects were not provided.

Each will be charged with at least one count of charges including corrupt organizations, conspiracy, possession with internet to deliver narcotics and simple possession, authorities said.

“Our communities, in Philadelphia and throughout the Commonwealth, cannot sustain the public health crises of gun violence and opioids," Attorney General Josh Shapiro said in a statement. "As the Chief Law Enforcement Officer for Pennsylvania, it is my job to target criminals like these who are holding neighborhoods hostage and bring them to justice, but we must also work together to find solutions to treat and prevent addiction to see lasting results.”