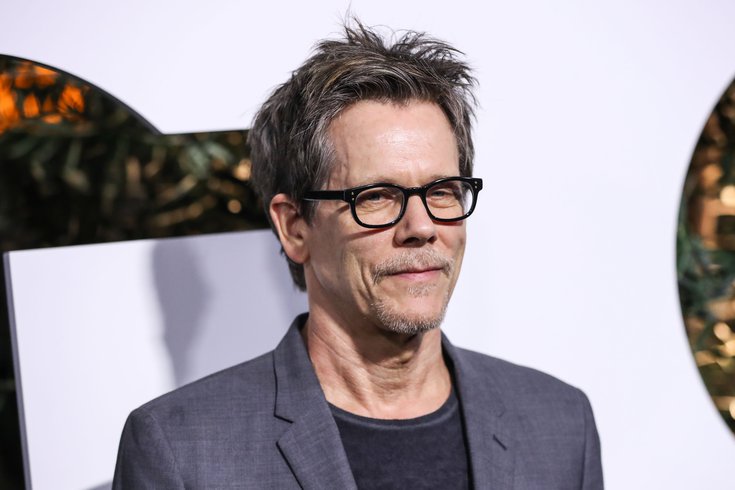 Kevin Bacon said that the experience of filming 'Animal House' was 'incredible' and 'an amazing thing.'

One of Kevin Bacon's first big films came as a 19-year-old, when he played Chip Diller in the 1978 comedy classic "National Lampoon's Animal House."

In an appearance on "Jimmy Kimmel Live" Wednesday night, the critically-acclaimed actor described the experience of being cast in "Animal House" as "incredible" and "an amazing thing."

"I didn't even have an agent," Bacon said to Kimmel. "I was in acting school and John Landis, who directed the movie, came by the school. Not him, but the casting director, and they sent me over. [Landis] had me make some faces and I got this gig and I flew out to Oregon and my life was just changing. I couldn't believe I was on a set with all these people."

But the 62-year-old Philly native and Masterman High School attendee admitted that he was not in with the cool crowd while filming the movie.

Bacon recalled that Landis kept the stars of the film separated from the other actors on set in an effort to develop strong chemistry between the main characters. That dynamic continued even when the cameras were off, Bacon said, which kept him on the outside looking in.

"We're all staying in the same motel. But these guys would have parties with music and they were all super cool and the parties were great and there were girls around and I was never invited," Bacon said. "I was never part of that thing."

Refusing to be excluded any longer, Bacon wanted to do something to get in with the gang, which included actors Bruce McGill, John Belushi and Tim Matheson.

A waitress at the motel who Bacon was friendly with told the young actor that the FBI was in town keeping a close eye on the actors and the film production. Bacon saw it as his moment to warn his fellow actors that they could get arrested for partying too much.

"So I thought that I could maybe get in good with this group by giving them a warning, that I would endear myself to them," Bacon said.

Bacon called down to the room where the latest party was happening. But when he tried to explain what he had heard from the waitress, the response on the other line was not what he expected.

"I just want you guys to know that I have it on really good authority that the FBI is actually in town and they're keeping an eye on what's going on," Bacon recalled saying. "And [McGill] goes 'F*** you!' and slammed the phone."

Bacon then realized that he had been pranked, saying that he spent the rest of the night alone in his room.

"Of course not," Bacon said when asked if the FBI ever showed up. "We were making 'Animal House,' c'mon."

Bacon may not have been part of the cool crowd in "Animal House," but his acting career took off from there. He would go on to star in hit films such as "Footloose," "JFK" and "A Few Good Men."

Nowadays, Bacon stars in a crime drama television series called "City on a Hill" that is set in Boston in the early 1990s. Bacon plays corrupt FBI agent John "Jackie" Rohr in the show.

The show's first season aired in 2019, while the second season is set to premiere March 28 on Showtime.