Bostonians have a better understanding of their American history than Philadelphians, Kevin Bacon says

The Philly native stars in Showtime's crime drama, 'City on a Hill,' which is is set in the Massachusetts capital in the early 1990s 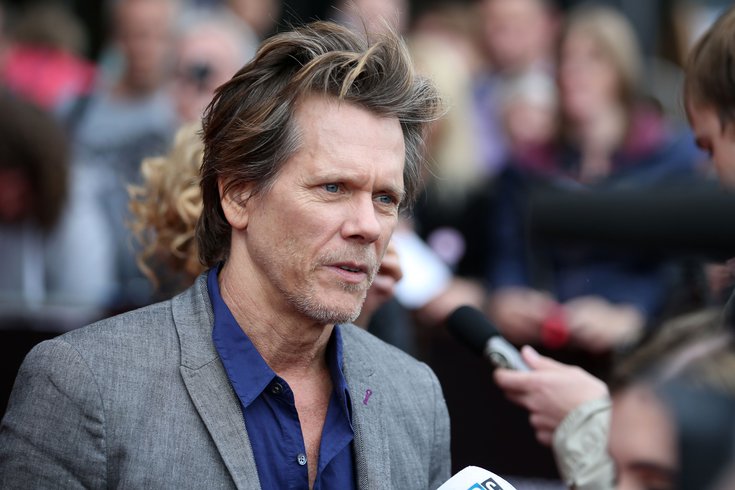 Kevin Bacon praised Boston residents for having 'a great facility for history.'

Kevin Bacon has come to know Boston quite well during his acting career, as some of his most-notable projects have been filmed in the city.

During an appearance Wednesday on "Late Night with Seth Meyers," the Golden Globe-winning actor said that he has picked up on some similarities between Boston and his hometown of Philadelphia over the years.

"There's a similarity in some ways between Philly and Boston," the 62-year-old Bacon said. "They're both real big cities that feel like very small towns when you're there. Everybody has a lot of hometown pride. People are crazy about sports and about specifically the foods, cheesesteaks, the whole thing."

However, the Masterman High School attendee claimed that there is a big difference between Philly and Boston, saying that residents of the latter have a better understanding of their city's ties to American history.

"One of the differences that I see is that they're both very historical cities, right, American history," Bacon said. "On one hand, you got the Boston Tea Party and all that other stuff and then on the other hand you got the Liberty Bell. In Boston, Bostonians have a great facility for history. You stop any guy in the street and he's like, 'Yeah you know, that's where something happened, a battle or whatever.' They know specifically."

"In Philly, like if you ask somebody in Philly where the Liberty Bell is, like we don't even know. 'I don't know, uh Liberty Bell...I know I went there around grade school, but somewhere down ... I'm not sure.'"

Bacon joked that the difference might have to do with the number of Bostonians who can be spotted wearing clothes from the 18th century.

"I think it partly is because a lot of central Boston has people walking around wearing three-corner hats and buckles on their shoes, that's just like a regular thing," Bacon said.

Some of Bacon's projects that have been set in Boston include popular films such as "Mystic River" and "Patriots Day." He currently stars in a crime drama television series called "City on a Hill" that is set in Boston in the early 1990s.

Bacon said that he's acted in only one movie set in Philadelphia during his accomplished career. It was a 2004 drama film called "The Woodsman" that was directed and produced by fellow Philly natives Nicole Kassell and Lee Daniels.

"I don't know if that's a reflection of the fact that there's more production in Boston," Bacon said. "M. Night Syamalan does a lot of stuff [in Philly], but he's never hired me."

In "City on a Hill," Bacon plays a corrupt FBI agent named John "Jackie" Rohr. The show's first season aired in 2019, while the second season is set to premiere this Sunday on Showtime.