The book, 'Unrequited Infatuations,' will chronicle his time in the E Street Band and his role as Silvio Dante in 'The Sopranos' 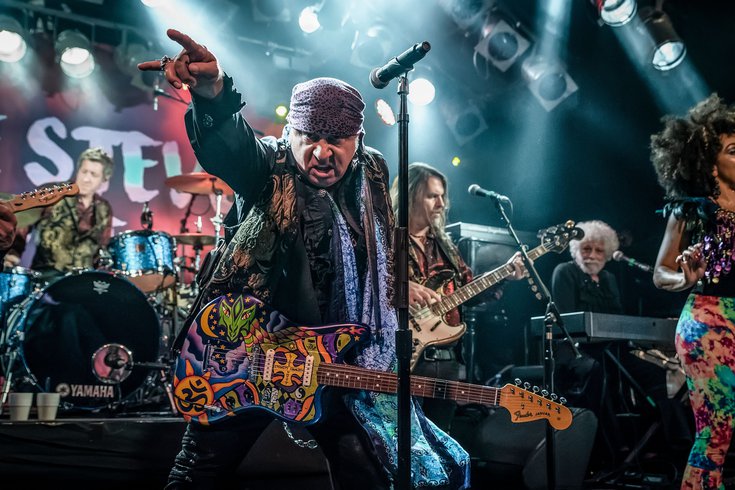 Fans can preorder the book from retailers like Amazon and Barnes & Noble. The memoir will be available in hardcover, ebook and audiobook.

"This odyssey of a Rock and Roll consigliere begins in a bedroom in suburban New Jersey in the early '60s and unfolds on some of the world's largest stages in not only entertainment but activism as well, showing how Rock and Soul has the power to change the world," according to a book description on Van Zandt's website.

Miami Steve's memoir will cover his tenure in Bruce Springsteen's E Street Band, the establishment of Little Steven and the Disciples of Soul, his role as Silvio Dante in the HBO series "The Sopranos" and the role of activism in his work.

"Stevie Van Zandt’s story is a singular arc in American culture," publisher Mary Ann Naples told Rolling Stone. "From his vantage point as a witness to the renaissance era of rock & roll to consequential activism and a third act in groundbreaking television, Hachette Books is proud to bring Van Zandt’s odyssey to readers."

The Monmouth County native, 70, was inducted into the Rock and Roll Hall of Fame in 2014 as a member of the E Street Band, a group he originally joined in 1975.

"I’ve seen enough things that could be useful that justified writing them down and sharing them," Van Zandt told Rolling Stone. "As far as my life story? Well I hope this book explains it to me!"