1 Trait Danger tried to get Vile to work with them, but couldn't make it happen 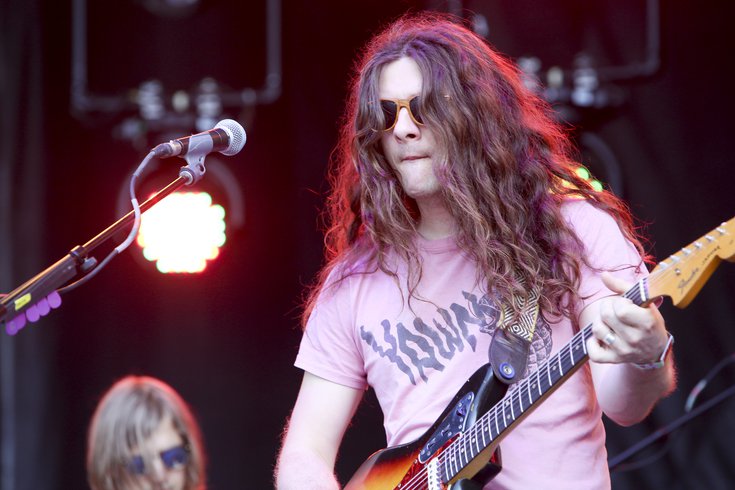 Kurt Vile appears above during a performance at the 2016 Bonnaroo Music Festival in Manchester, Tennessee. The Philadelphia-based folk rocker's talents are being sought by 1 Trait Danger, the side project of Vile's Matador Records labelmates Car Seat Headrest.

Vile has collaborated with a number of other artists over the years, from his longstanding friendship with Adam Granduciel of The War on Drugs to Courtney Barnett for their 2017 album "Lotta Sea Lice." Most recently, Vile worked with John Prine on his "Speed, Sound, Lonely KV EP" released last fall. He also co-produced the upcoming album from veteran rock outfit Dinosaur Jr., a band Vile has toured with in the past.

All of this is to say that Vile has had his hands pretty full, creatively speaking.

It appears one collaboration slipped through the cracks, and now there's a funny song about the failed effort to make it happen.

Matador Records labelmates Car Seat Headrest have an electronic side project called 1 Trait Danger, led by drummer Andrew Katz and bandmates Will Toledo and Ethan Ives. The project consists mostly of joke EDM songs that revolve around whimsical narratives, as compared to the more rock-oriented and introspective character of Car Seat Headrest.

But the band puts a lot of time and energy into the 1 Trait Danger project, in part because it's a testing ground for electronic production concepts. Katz even developed two video games — with no prior experience making them — based on characters from the 1 Trait Danger universe. The latest game, "Lombardi's World," features Matador Records co-founder Chris Lombardi as the final boss.

As 1 Trait Danger planned their second album, released this month, they came up with the idea to work with Kurt Vile on a song. In a Q&A session about "1 Trait Bangers," Katz explained that the idea stemmed from a long-running inside joke he and his friends had about Vile, presumably without Vile having any clue.

"We had this funny bit where Kurt Vile stole all the music off my laptop in our college dorm room or something like that, and got famous off of my songs," Katz said.

"Yeah, we were just going to start a bunch of rumors that he was just doing like pretty immature stuff," Toledo said. "Like he stole your ID."

"That's been like a five-year-long joke," Katz said. "I thought it would be funny to make a song about Kurt coming over and doing a collab song, but never showing up."

Katz wrote the song "KURT" and then came up with the idea of Vile actually collaborating with them for a song that would appear next on the tracklist.

After emailing Vile's manager about the idea, Katz said he was told Vile would be excited to join the project. But the manager's subsequent emails basically implied that Vile was too busy — which seems pretty true, based on his recent output — so Katz altered the lyrics of the original song to reflect a greatly exaggerated version of the email exchange.

When "1 Trait Bangers" came out this month, Katz sent the song "KURT" to Vile's manager.

"I emailed him, and I go, 'Here's the final song about Kurt. He never showed up, so we had to make this. The door is still open if he wants to make a track,''' Katz said. (Car Seat Headrest's latest LP, ironically, is called "Making a Door Less Open").

Elsewhere on "1 Trait Bangers," the group jokes about a similar failed collaboration with Grimes.

There are two different ways to look at this if you're Kurt Vile.

One, you assume Katz is odd and a little obsessed, which may be true, although it's hard to knock his commitment to the joke. Two, you're flattered by the fact that the song was written and you block out an afternoon to get away from your own music to work on something silly with 1 Trait Danger. Vile is on the East Coast and Car Seat Headrest is on the West Coast, so the whole thing would probably need to be done remotely.

Either way, the ball is in Vile's court — and it would be interesting if he brought his psych leanings into an EDM song.