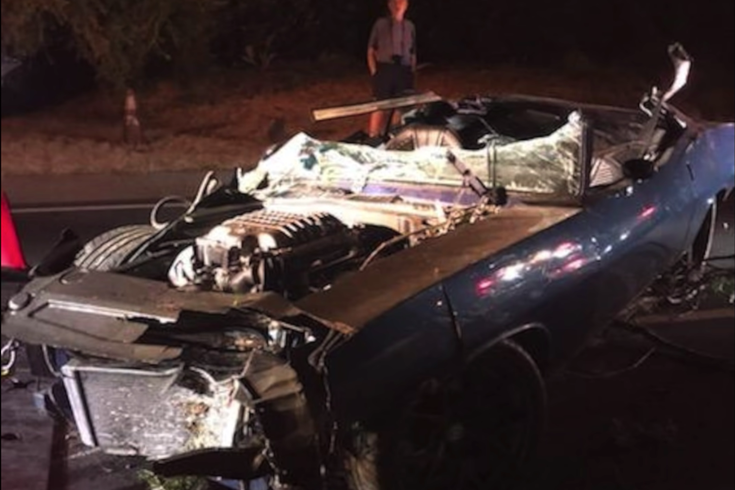 Actor and Philadelphia native Kevin Hart is currently recovering from three spinal fractures after a car crash over Labor Day weekend left him in "intense" pain.

Now, car experts believe Hart could've been spared from such severe injuries if the car he was driving had been outfitted with proper safety features.

Hart was driving a souped-up version of a 1970 Plymouth Barracuda, a classic two-door muscle car, when the car crashed through a fence on Malibu Hills' Mulholland Highway, according to TMZ.

TMZ spoke with a number of employees at various car customizing shops in the wake of the accident, and the employees all said it was surprising that Hart's Barracuda didn't have a five-point harness, or a roll cage.

Here's a look at a 1970 Plymouth Barracuda from Speedkore, the company responsible for customizing Hart's car:

Hart was reportedly trapped under the crushed roof of the vehicle, according to TMZ. If the vehicle was equipped with a roll cage, the roof likely wouldn't have been crushed in such a manner, and Hart would've been better held in place by a five-point harness.

TMZ reached out to Speedkore, but the company had no comment.

According to TMZ, Hart faces months of rehab and recovery.