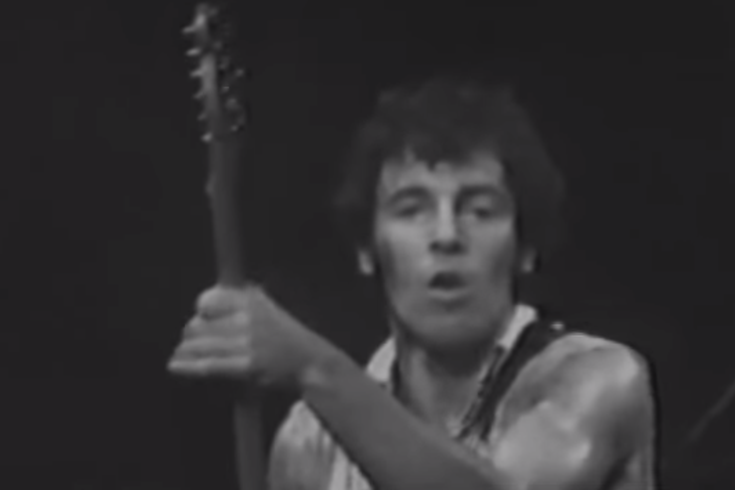 Bruce Springsteen announced Friday the release of his legendary, raved-about Sept. 19, 1978, concert at the Capitol Theatre in Passaic, New Jersey.

Bruce Springsteen released his latest studio album, "Western Stars", earlier this year, but the biggest Springsteen news of 2019 might be about a 41-year-old concert.

Springsteen announced Friday the release of his legendary, raved-about Sept. 19, 1978, concert at the Capitol Theatre in Passaic, New Jersey, when he and the E Street Band were at the peak of their collective powers.

Last year, Springsteen's team released the Sept. 20 show for purchase, the second of a three-night stand at the Capitol Theatre. It was good, but it wasn't the first, perfect night. While the concert has technically been available to bootleg collectors, fans have been begging for an official release of the Sept. 19 concert's live tapes for years.

At long last, listeners can buy the Sept. 19 multi-track tapes, which have been remixed by Springsteen's team, according to Rolling Stone, at The Boss's official website. It feels like Christmas came early.

The first night includes, among other things, Springsteen's all-time best version of "Prove It All Night", which has floated around through live rips and internet videos for years along with the rest of the show:

In total, the show lasted 24 songs, starting with Badlands, and includes plenty of the greatest songs from Springsteen's earliest, and best, albums.

Springsteen's brand has also had a big year on the big screen: "Blinded By The Light", a coming-of-age film based a teenager who falls in love with The Boss's music, was released earlier this year, and currently has an 88% rating on Rotten Tomatoes, thought it has been a box office disappointment.