Kevin James on being 'the weak link' on 'King of Queens'

And what he learned from Ray Romano 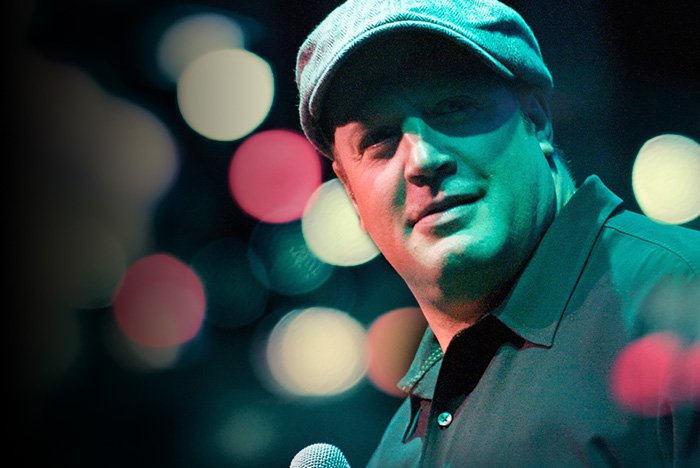 Some comics keep certain bits in their stand-up but not Kevin James, who will return Saturday to the Borgata.

"Once I did the Netflix special, that stuff is burned," James says while calling from Los Angeles. "It's gone. You can't go to the clubs and do that show again. Maybe some comedians do. Jokes aren't songs. It's not like going to see Billy Joel. It's not like going to hear your favorite song. The surprise in comedy has to be there."

James, 54, admits that he was the weak acting link on his syndicated sitcom "The King of Queens" and that he, like some of his peers, dreamed of being under the lights playing on a field rather than acting on a stage. The star of the short-lived sitcom "Kevin Can Wait," reveals affection for a longtime friend, who also enjoyed considerable sitcom success.

Q: Many years ago I was invited to a taping to a pilot, which had a huge buzz. However, the star of the sitcom couldn't act and slowed down the taping due to multiple takes. The show was "Everybody Loves Raymond" and the actor was your pal Ray Romano. Did you experience anything like that when you starred in "The King of Queens."

A: (Laughs.) Absolutely. I was definitely the weak link for sure as far as acting was concerned on the show. Leah (Remini) and Jerry (Stiller) had done a crazy amount of things. Leah had done so much stuff. It was my first gig. I learned a lot through it.

I remember thinking Ray is going to suck on a sitcom. He's not an actor. I remember as a standup he was fantastic. I love his stand-up. This guy is not an actor. He's going to be horrible. I told him that I didn't think he could do it. I didn't think he had the ability to perform that way and I was so completely wrong. It was his unique style that was used from stand-up that made him so special in that show. I learned a lot from that. I really did. I just kind of watched his show, which came out two years before I did my show. I really went to school on that. He shocked everybody. It was clumsy in the beginning. He went his own way with it.

Q: What did you learn from Ray?

A:  I learned a lot from that.  I'm a bigger performer. I'm more over the top sometimes. He taught me a lot which was helpful. I  thought for a sitcom you got to be big. I was bigger than him but he was so funny.  He was so funny in his small moments. There were those natural little weird moments that made him special.

Q: What were some of the things you would hear in terms of direction when you were struggling as a sitcom actor?

A: 'Your head is blocking the camera.' I would be facing upstage instead of downstage. I still don't know what upstage is. You're learning all that stuff. I would be looking at my marks as I was walking through. I had to step there, all the stuff an experienced  actor knows.

Q: I watched you take batting practice a few years ago in Queens before a Mets game. You were a college athlete. A number of your entertainer peers, Kenny Chesney and Garth Brooks, believe the grass is greener on the other side. Did you dream of performing on a field instead of a stage?

A: Definitely until I realized that it wasn't to be. I wasn't good enough. It was just the competitive nature. I think it's always in me. I love sports. I love watching sports. I love watching guys do things I can't do. I try to use some of that in the entertainment world as far as competing and trying to work harder and trying to get better in stand-up, in acting and stuff. But when I go back to moments when I was an athlete, I think, 'you know what? I'm pretty good.' This is the greatest job and I don't have to worry about blowing out my knee, at least not yet. I can enjoy doing this for the rest of my life. I'm so blessed that way. I can do stand-up for as long as I'm relevant and come up with stuff that's funny.

Every once in awhile I miss the physicality of sports and teams. What I miss about being on a sitcom is that it's like family. Otherwise this business is mostly just yourself.