Kevin Sbraga’s Fat Ham is coming back to Philly, sort of 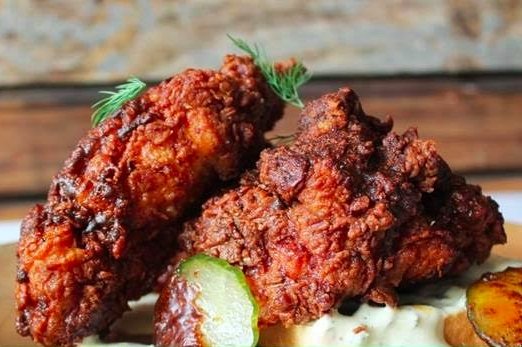 The Fat Ham/Courtesy of Caviar

It was a sad and mysterious series of events last year when Kevin Sbraga, former “Top Chef” winner and Philadelphia restauranteur, said goodbye to his establishments one by one.

First came the sudden closure of his critically acclaimed, titular Broad Street venue Sbraga, then the closure of his University City Fat Ham location and, eventually, the end of Fat Ham's King of Prussia location as well. For lovers of southern comfort food and Sbraga’s signature hot chicken, bidding farewell to the Fat Ham was a hard thing to do.

But now, the Fat Ham is back -- at least for a very little while. For one day, and one day only, Fat Ham’s dishes will be available to order on Caviar. Beginning at 11 a.m. on Tuesday, April 3, you can order selections from the Fat Ham for delivery, including mac n’ cheese, collard greens, and, of course, hot chicken.

Sbraga will be working from a “top-secret kitchen” that belongs to one of Sbraga’s “many chef friends in the city” to prepare a limited number of orders, according to a press release.

“People always ask me when The Fat Ham will be back, and I’m so excited to say: This Tuesday!” Chef Sbraga said in a statement.

“It’s been my dream to revive these popular southern dishes, and I can’t wait to deliver them on Caviar to fans and friends of The Fat Ham across Philadelphia.”

Though this isn’t Caviar’s first time offering “virtual” restaurants, the pop-up concept is new to the food delivery service. If the event goes as well as expected, we’re likely to see more Caviar-partnered pop-ups from Sbraga and other chefs in the future.

You’ll also have the chance to revisit Sbraga’s cooking when The Fitler Club opens around this time next year as Philadelphia’s first private “lifestyle club.” Sbraga will helm the role of executive chef.