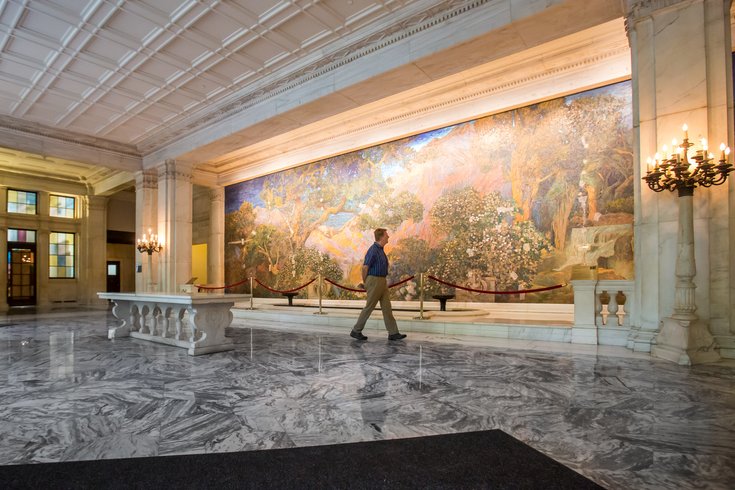 The Dream Garden mosaic in the atrium of the Curtis Center.

If you’ve ever seen an episode of “Mad Men,” then you may be familiar with famed midtown Manhattan saloon PJ Clarke’s, a quintessential New York bar dating back to 1884 that, according to Nat King Cole, creates “the Cadillac of cheeseburgers.”

After the original location began franchising to two other New York locations and an additional one in Washington, D.C., it’s finally Philadelphia’s chance to try the bar -- and the burger -- for ourselves. Though plans for a PJ Clarke’s in Washington Square were first announced more than two years ago, doors are slated to officially open this summer, Foobooz reported.

The new PJ Clarke’s will be located in the eastern lobby of the Curtis Center beside the Dream Garden mosaic, offering outdoor seating on Walnut Street. Owner Phillip Scotti is calling the 11,000-sq. ft. bar the “Cathedral of Saloons.”

A specific opening date has not yet been announced.