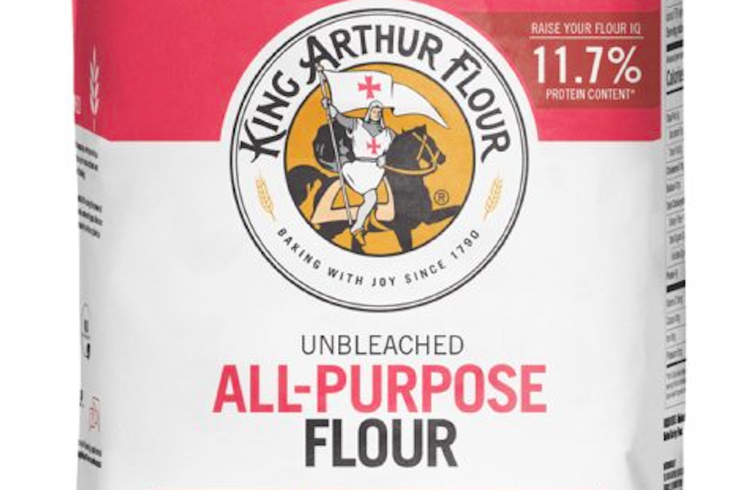 The affected bags of flour have Best By dates in December of 2019.

More than 14,000 cases of King Arthur unbleached all-purpose flour is being recalled because of potential E.coli contamination.

The Norwich, Vermont-based manufacturer announced Thursday that the five-pound bags of flour under the recall had been distributed nationally.

The company does note, however, that “no products sold through our website, Baker's Catalogue, the Baker's Store in Norwich, VT, or the Baking School in Burlington, WA are included in this voluntary recall.”

The affected bags of all purpose flour feature the following “Best Used By” dates and lot codes:

King Arthur announced the recall after being informed by ADM Milling Co. that wheat used in the affected lots had been tied to an ongoing outbreak of E. coli infections. To date, there have been no reported illnesses connected to King Arthur flour, the announcement states.

According to Mayo Clinic, symptoms of E.coli infection typically rise from three to four days after exposure, including bloody diarrhea, cramps and nausea.

Further, King Arthur reminds consumers to wash their hands, work surfaces and utensils thoroughly after contact with raw dough or flour, and to never eat raw dough or batter.