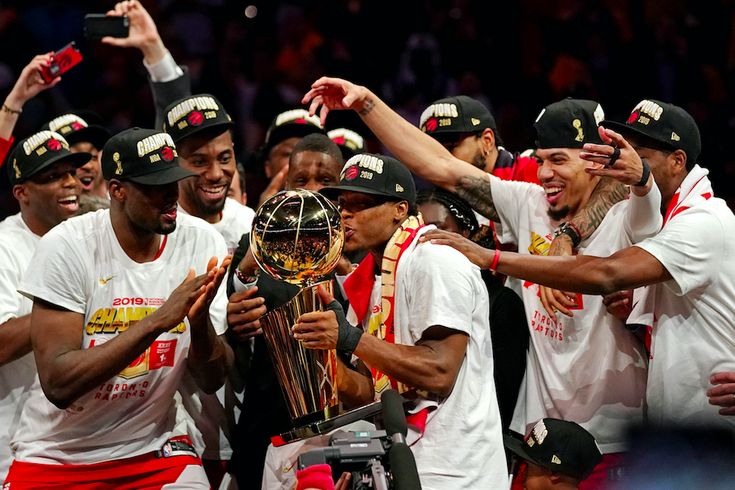 Years of crushing defeat at the hands of LeBron James-led teams had reduced the Raptors to an Eastern Conference afterthought — great in the regular season, soft in the playoffs.

Few players felt the sting of this perception more intensely than Lowry, who struggled to live up to his All-Star billing in previous postseasons.

RELATED: Lessons the Sixers (and the entire NBA) can take from 2019 NBA Finals

In Thursday's decisive Game 6, the North Philly native was red hot from the opening frame, pouring in 21 of his 26 points in the first half and adding 10 assists by the final buzzer. He was effective shooting, driving and doing all of the other annoyingly smart things that have come to define his game.

In the wake of Toronto's first NBA title, Lowry got a lot of love from his alma mater, where he spent two years from 2004-2006.

While it was painful to watch Lowry and the Raptors finish off the Sixers on their way to a championship, Lowry's 13-year NBA career shows that patience can pay big dividends when players stay committed to the right situations.