Zach Johnson is spreading the word about prevention to other teens 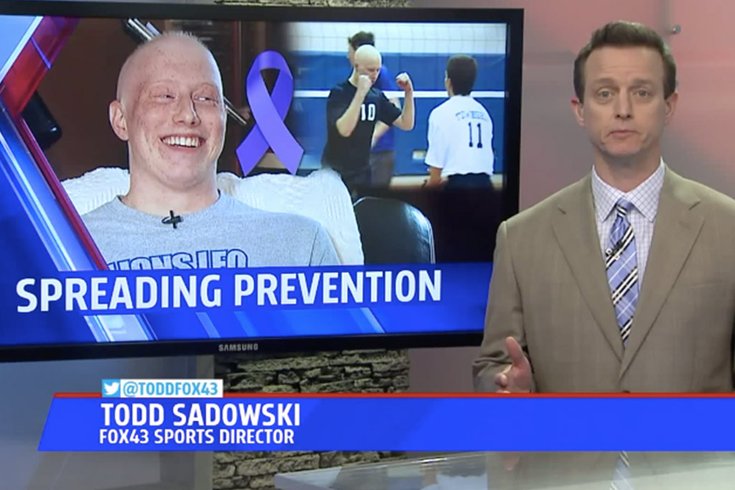 Zach Johnson of Lancaster County was diagnosed with testicular cancer on Christmas Eve 2018. He will graduate from high school in a few weeks.

No one expects cancer to happen to them — especially not an otherwise healthy high school student. But Lancaster County resident Zach Johnson — a soon-to-be graduate of Manheim Township High School — was diagnosed with testicular cancer in December.

According to Fox 43, it all started with manageable, but uncomfortable, groin pain that wasn’t subsiding and led Johnson tell his parents. A trip to the pediatrician and a referral to see a urologist later, Johnson received an ultrasound that showed the glaring truth: it was cancer, and it had spread.

"When we diagnose leukemia, we use a bone marrow biopsy and we pull the bone marrow out and we look at it under a microscope to make a diagnosis," said Dr. McKeone.  “For something like testicular cancer, if you try to use a needle, you can contaminate the remainder of the scrotum with cancer cells and that would automatically increase the stage and technically make it more difficult to treat."

Because the cancer had spread, Johnson required chemotherapy treatment — three cycles over nine weeks — and, according to Fox43, his body responded quite well.

According to Mayo Clinic, testicular cancer is most common in American males between 15 and 35 and is highly treatable.

While Zach could have spent his post-chemo time waiting around for surgery, he chose to seize the moment and challenge himself to participate in one of the final games of his senior volleyball season. “It feels amazing, I love volleyball so much,“ he told CBS 21. And he is challenging other youths to cope with their cancer just as fervently.

Learn more about how Zach is tackling his cancer battle with a good dose of humor on Fox 43 here.