Langhorne Slim finds himself with 'Lost At Last' 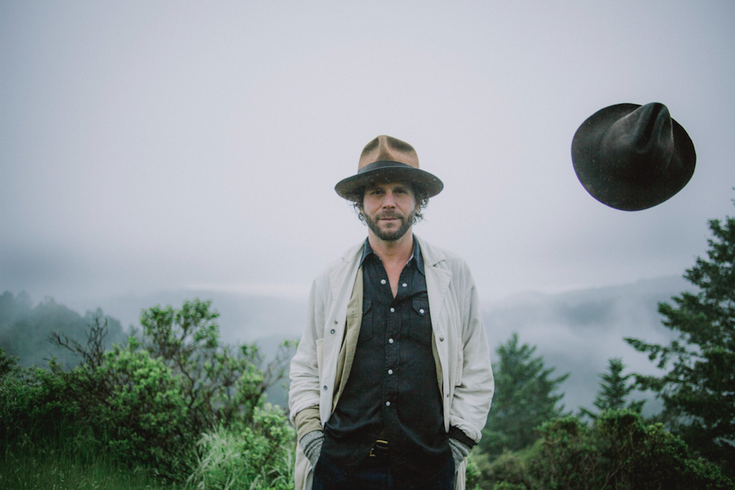 Courtesy of Grandstand Media /for PhillyVoice

“I just do my own thing. I don’t pay attention to trends or worry about what’s going to sell," said Scolnick.

It will be a hometown concert of sorts for Langhorne Slim when he performs tonight at Union Transfer. The singer-songwriter, who hails from Langhorne, hence the colorful moniker, left the area 20 years ago for Brooklyn and is a Nashville resident these days. However, Langhorne Slim, a/k/a Sean Scolnick, 37, still views any Philly concert as a hometown gig.

“I came of age there,” Scolnick said while calling from New York.

“Those formative years make you who you are. When I was a teenager during the ‘90s...I saw a number of really cool shows at the Trocadero and the venue that’s on the Camden waterfront (now BB&T Pavilion). I saw a lot of bands in Philly that had an impact on me.”

Scolnick’s songs, some of which recall early Beck (think “One Foot in the Grave” era), can be either sardonic or serious. Scolnick’s rootsy tunes recall a bygone era.

“I listen to records by people who are dead,” he said. “I don’t know very much about music being made today except my own.”

The charismatic Scolnick writes and records in a vacuum.

“I just do my own thing,” Scolnick said. “I don’t pay attention to trends or worry about what’s going to sell.”

The inventive songsmith is seven albums and one EP in with a pair of albums on the horizon. “Lost At Last: Vol. 1” will drop in November. Scolnick has completed the unnamed follow-up as well. The adventurous graduate of the Solebury School doesn’t care who will post the unreleased material on YouTube. He expects to preview a number of songs from both albums at Union Transfer.

I don’t know very much about music being made today except my own.”

“I don’t worry about anything at shows but playing songs that I want to play,” Scolnick said.

“The Philly show is one I’m really looking forward to. I can’t wait to see my grandmother rocking out. It’ll be cool because she and her friends will bring diversity. I want old and young, black and white, gay and straight to all be at my show and, well, everywhere together. We need togetherness now. You read the news and it’s so divisive right now. But we can all get together at my show. That’s a start. We need an escape because it’s disgusting out there right now. We’re losing our humanity. We can’t let that slip away. Every week it feels like it’s getting worse, but it’s got to get better. Can it get much worse?”

Scolnick is going to stick around the area after his show. His childhood best friend is getting married in the Delaware Valley over the weekend.

“It’ll be good to see some close friends and reminisce,” he said. “It’s always good to be back to see friends and family. But the reality is that even if I kept my address in the area, I would be gone anyway. I’m usually on the road and I just like to wander. I have wanderlust and you can hear it in my songs.”

And in his album title, “Lost At Last.”