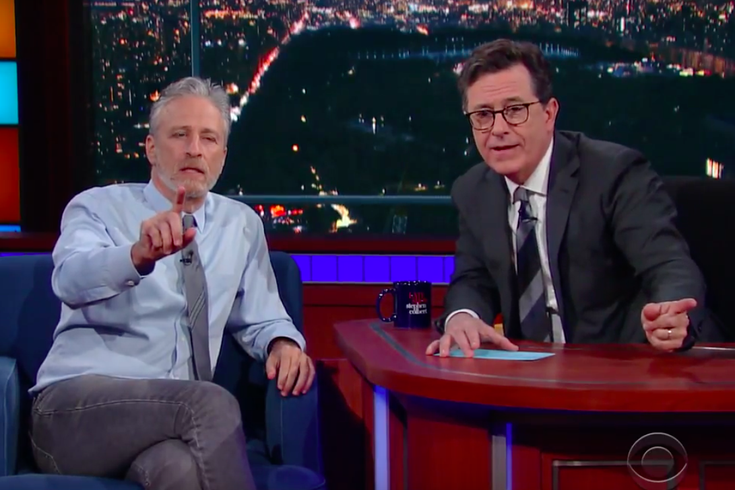 While many people are aware of the duel between North Jersey and South Jersey, the idea that there’s a third part of Jersey has been met with criticism and curiosity to its actual existence.

While the mood is appropriately set with Jon Bon Jovi playing throughout the background, professor Jay Feinman at Rutgers Law School weighs in on the debate:

“In 'Living on a Prayer,' Jon Bon Jovi points out we’re halfway there, not a third of the way there," he said.

Colbert sat down with Murphy to iron out exactly what Central Jersey is supposed to be, but had a hard time believing him, despite the governor's claim that he’s from Central Jersey.

Jon Stewart, acting as the "Chief Supreme Justice of New Jersey," ends the debate by declaring, “By the power vested in me - from whatever it is in the air around Elizabeth…Central Jersey does exist.”

He makes one more declaration that “Philadelphia does not exist,” and that’s it’s really just a northwest suburb of Delaware. He then blubbers a few expletives and looks at the camera with a somewhat threatened stance, ready to fight:

“What are you, an Eagles fan?”

Check out the video below.