The law has been on the books for less than 12 months, but state lawmakers are considering broadening its scope to cover unaffected perpetrators.

An official statewide tally totaling the number of people charged under the new statute — unlawful dissemination of an intimate image — is not readily available. But a Pittsburgh Post-Gazette report found that at least 11 people had been charged as of May 30.

Delaware County leads Southeastern Pennsylvania in charging five individuals under the law, according to numbers provided by county officials.

Yet, these statistics are not the impetus for broadening the law. Schwank said it could take some time for law enforcement and prosecutors to recognize the statute is available. Statistics also might be mitigated by victims who are unaware of the law or afraid to come forward. 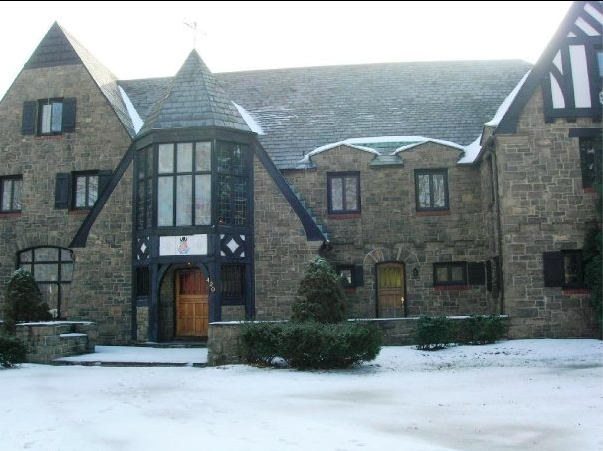 Students at a Penn State University fraternity allegedly ran an internal Facebook page showing images of nude or partly nude women who appeared to be sleeping or unconscious. (Facebook)

Critics questioned the strength of Pennsylvania’s law soon after its passage. They claim language limiting prosecution to intimate partners and requiring an intent to harass leaves too many victims unprotected.

Prosecuting the students could be difficult — or impossible — because they kept the Facebook page secret and might not have been sexual partners with the victimized women.

“The Penn State fraternity case is almost kind of the perfect storm of what I was warning about,” said Franks, pictured left, who also serves as vice president of the nonprofit Cyber Civil Rights Initiative. “We try to emphasize that this is a violation of privacy, much more like voyeurism than it is harassment.”

Schwank, who announced her intention to expand the law in March, said her office is reviewing draft language with domestic violence organizations and the Pennsylvania District Attorneys Association. She expects the bill to receive broad support.

“I don’t think there would be a reason why they wouldn’t support it,” Schwank said. “I think it’s been long enough now to consider the changes that are necessary."

State Sen. Vincent Hughes, a Philadelphia Democrat, has joined Schwank in calling for an expanded law. He was involved in the state budget negotiations last week and unavailable for comment.

“It’s also a really important public message to get out to potential perpetrators,” Franks said. “One of the really important aspects of the criminal law, at least ideally, is that you deter people from engaging in inappropriate behavior from the beginning.”

'I COMPLETELY BLAMED MYSELF'

Law enforcement officers also need to be aware of the law and, in some cases, show more empathy to victims, said Annemarie Chiarini, victim services director for the Cyber Civil Rights Initiative.

Chiarini, who later attempted suicide, said she felt law enforcement could not help her, but also blamed her.

“That’s where we see the effects on victims most harshly,” Chiarini said. “It’s in the victim blaming. It starts internally. I completely blamed myself. I felt I had done something wrong. It has taken me many years to move past that.

“It’s a very isolating crime because of the social stigma,” Chiarini said. “Victims are really shut out of their own lives.”

Earlier this summer, Google announced it will honor requests to remove nonconsensual pornographic images from its search results. Microsoft is doing the same with Bing.

“It’s sort of the open wound that won’t heal,” said Kristen Hauser, vice presidents of public relations for the Pennsylvania Coalition Against Rape. “You never know — where is that photo of me? Who’s looking at it? Who’s using my own victimization for their own purposes?”

“It’s not an anomaly, unfortunately,” Schwank said. “All of us see that this does occur.”