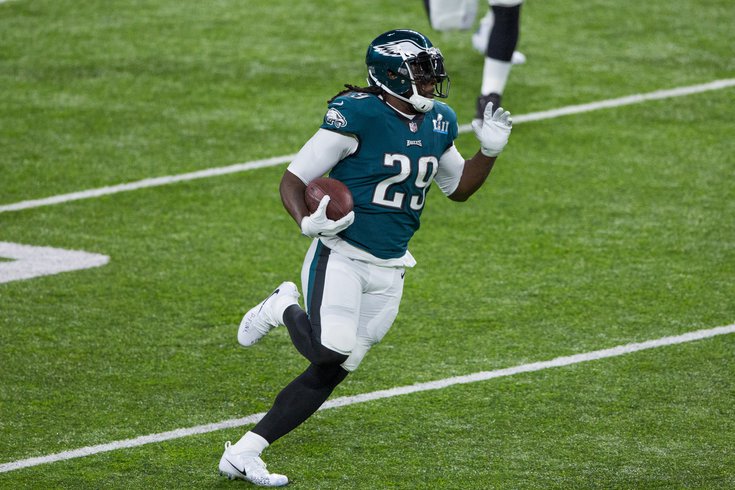 LeGarrette Blount apologized on Twitter for his role in a fight after a youth football game in Arizona, where he coaches a 12-and-under team. Blount played nine seasons in the NFL and won three Super Bowls, including Super Bowl LII with the Philadelphia Eagles.

Former Philadelphia Eagles running back LeGarrette Blount, a key piece of the 2017 Super Bowl team, was involved in an altercation that came to blows Saturday night after a youth football game in Arizona. Police are investigating the incident and Blount apologized on Twitter after the video went viral.

Blount, 35, coaches the 12-and-under GCYFC Gators in Gilbert. The team had just wrapped up a game and the two youth squads were lined up to shake hands when a drone video appeared to show Blount in an agitated state. During the four-minute video, Blount repeatedly motioned toward the opposing coaches before sprinting at them.

LeGarrette Blount, now head coach of 12-yr-old #football players, got into a fight after a game in AZ Saturday night. All hell broke loose after the handshake line. Cops investigating. Here's part of the video. Click link for full 4-minute video/details: https://t.co/KgiBXHWn6c pic.twitter.com/Igh9TQi1ik

Blount took a few swings in the ensuing scuffle before he was pulled away and the disturbance was broken up a few minutes later. It's not clear what led to the argument.

Police were called to the scene around 7 p.m., but by that time the fight was over. There were no injuries reported and authorities described Blount as "an involved party," TMZ reported.

On Monday night, Blount took responsibility for the incident, but said the video doesn't tell the whole story. He didn't elaborate on what got him so angry.

Today video footage was sent to TMZ in regards to my actions at a football game this past weekend. Unfortunately the video shared does not display all off the details and events that transpired. Regardless of that, I take full responsibility for my part in it and for putting..

to continue to be a positive impact in the lives of our youth.

Blount is known to have a fiery personality that sometimes flares up on the field. In college, at the University of Oregon, he was suspended after he punched a Boise State University opponent following a game in 2009. He also punched a teammate during his first NFL preseason with the Tennessee Titans, when he was an undrafted rookie. The team downplayed the incident, but Blount was later released and picked up by the Buccaneers.

MORE NEWS: The Eagles' offense has been incredible on 'end of the first half' drives

Blount played nine seasons in the NFL for five different teams, winning three Super Bowl titles during his stints with the Patriots and Eagles. In Philadelphia, he was a bruising power back who racked up 766 yards during his lone season with the team. Blount rushed a team-high 14 times for 90 yards, including a 21-yard touchdown in the Eagles' 41-33 victory over the Patriots in Super Bowl LII. He retired after a final season with the Lions.