Hollywood reacts to the actor's passing 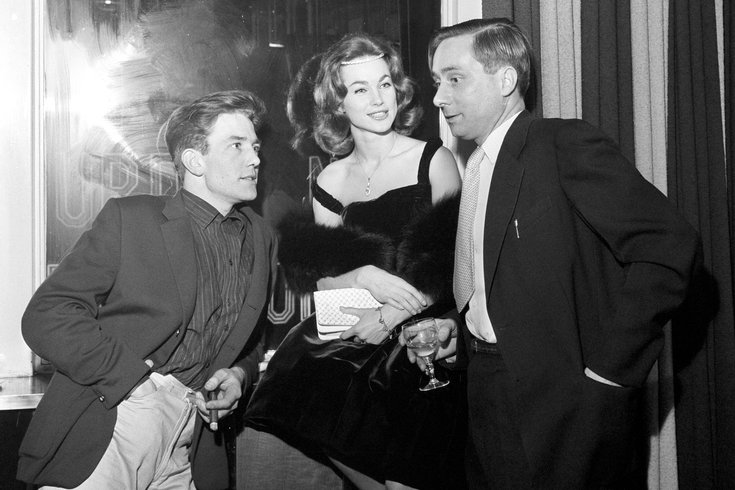 File photo dated 10/26/60 of Albert Finney (left) with co-star Shirley Anne Field and author Alan Sillitoe (right) pictured in a London pub when attending a pre-premier party of 'Saturday Night and Sunday Morning'. Actor Albert Finney has died at the age of 82 after a short illness.

Nominated for five Academy Awards, legendary British actor Albert Finney has passed away after enduring a short illness at the age of 82.

A statement was released earlier this morning, "Albert Finney, aged 82, passed away peacefully after a short illness with those closest to him by his side. The family request privacy at this sad time."

He passed away at Royal Marsden Hospital in London, Thursday afternoon from a chest infection. His wife and son were with him when he passed.

Born on May 9, 1936 in Charlestown, England, Finney graduated from the Royal Academy of Dramatic Arts and fell into his film career with his BAFTA nominated performance in 1960's "Saturday Night and Sunday Morning." The actor is known for his Oscar-nominated roles such as “Erin Brockovich” and “Tom Jones.”

He won a Golden Globe in 2002 for his performance as Winston Churchill in HBO's "The Gathering Storm." He also starred in the 1974 film “Murder on the Orient Express,”  as Daddy Warbucks in the 1982 feature film, “Annie,” and as Kincade, the games keeper in James Bond's estate, in the film "Skyfall." He was a beloved stage performer as well for Shakespeare, Chekov and many other notable playwrights.

Many people in the film and theater community reacted to his passing earlier today, including his former co-star Bernadette Peters.

So sad to hear of the passing of Albert Finney . I had the great pleasure of working with him on ‘Annie’ the movie. Who could forget him in Tom Jones .RIP we will miss you!!!❤️

Albert Finney was a damn fine actor. No nonsense. Straight to the point. He made it seem effortless, even when you knew it wasn't. From all accounts, he lived the same way and was a great friend. A Tough loss. My thoughts are with his family.

I never had the pleasure/honor Of meeting the incomparable Albert Finney. But today, for some strange reason, I feel like I have lost a family member. Thank you dear Sir, for raising the bar to levels unattainable!

We are very sad to hear Albert Finney has passed away at the age of 82. The five-time Oscar nominee played gameskeeper Kincade in SKYFALL (2012). pic.twitter.com/8uzZbfwSi2

But more than our greatest actor...

What the Germans call "Ein Mensch"