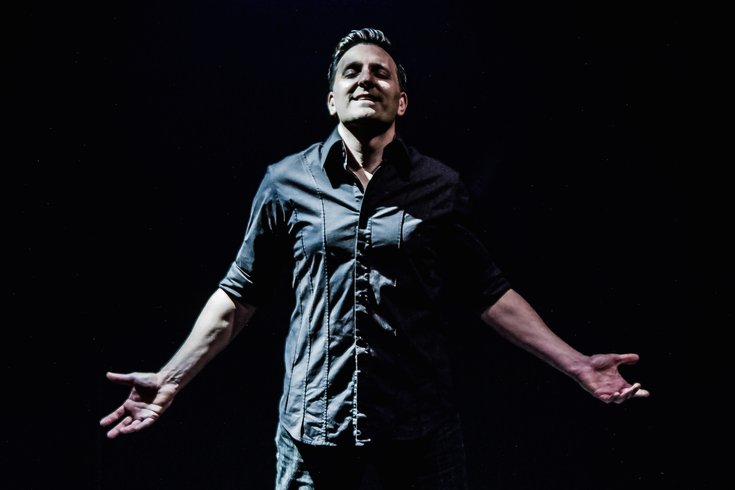 David Leeper stars in "At the Flash" during GayFest! 2015.

The festival will take place at Plays and Players Theater in Rittenhouse and Studio X in South Philadelphia. The festival opens Aug. 7 with "At the Flash," a one-man performance starring David Leeper as a cast of characters from the five-decade past of gay bar The Flash before its reopening.

"The Secretaries" will open Monday, Aug. 10, and was created by "The Five Lesbian Brothers" Maureen Angelos, Babs Davy, Dominique Dibbell, Peg Healey and Lisa Kron. It explores the story of the gang of murderous secretaries behind a series of lumberjack disappearances. "Mother Tongue," which follows a man whose loved ones can't let go of the past, and "From White Plains," the story of a filmmaker who gets into a social media war with his dead friend's bully, will premiere throughout the week.

Staged readings of "In Gray She Ate" by Michael Ruth and "My Favorite Husbands" by Andrew Marvel will be performed Aug. 16 and Aug. 22, respectively. "One Night Stands" featuring singer-songwriter Zach Ryan, "Hot A$$ Mess" with storyteller Steven Rascon and more can be found throughout the festival, too. Click here for the full schedule.