Philadelphia will get its second location, along with new stores planned for the suburbs 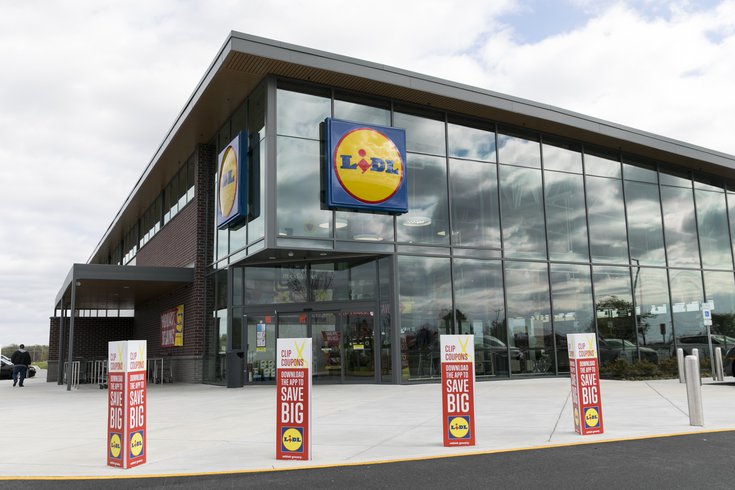 New Lidl grocery stores will be opening in Pennsylvania, New Jersey, and Delaware in 2021, the German discount supermarket chain announced. Shown above is Lidl's existing store in Middletown, Delaware.

The Lidl grocery store chain with more than 11,000 stores in 32 countries is expanding their number of stores in the Philadelphia region in 2021, including adding a second supermarket in Philadelphia.

The German discount grocer has plans to add 50 new stores on the East Coast, creating 2,000 jobs, by the end of 2021, company officials said this week. Among the new locations will be stores on Roosevelt Boulevard in Philadelphia; East Baltimore Avenue in Clifton Heights, Delaware County; and Delsea Drive in Glassboro, Gloucester County.

Ten Lidl stores will be opening in New Jersey and four will be in South Jersey: In addition to Glassboro, there will new stores in Gloucester Township, Gloucester County; Egg Harbor Township, Atlantic County and Lawrenecville, Mercer County.

Lidl currently operates 10 other grocery stores in New Jersey, the three closest to Philadelphia are in Burlington, Cherry Hill, and Vineland.

There will be four new Pennsylvania stores Joining the Roosevelt Boulevard and Clifton Heights supermarkets will be locations on York Road in Warminster, Bucks County and Columbia Avenue in Lancaster.

Delaware will get one new Lidl in Bear, New Castle County.

Lidl opened its first store in Ludwigshafen, Germany, in 1973 and expanded to other European countries by the 1990s. The company began opening stores in the U.S. in 2015.