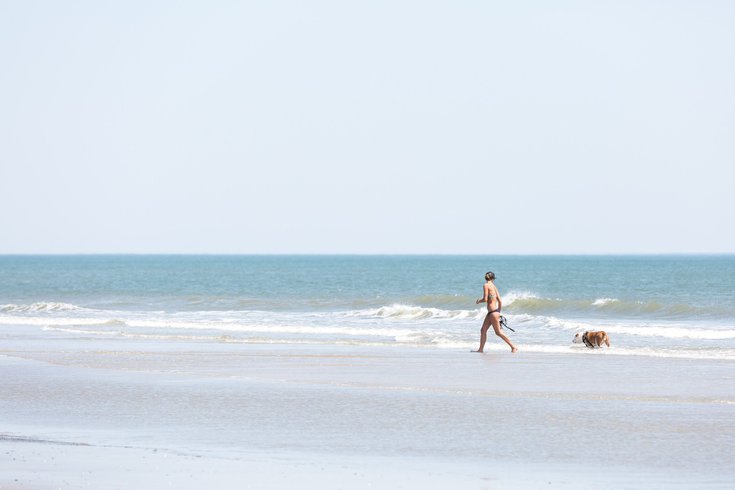 Seaside Park and Surf City beaches were closed on Wednesday after the New Jersey Department of Environmental Protection found elevated levels of fecal bacteria in the water.

Two Ocean County beaches were closed on Wednesday after officials found unsafe levels of fecal bacteria in the water.

For the second day in a row, New Jersey Department of Environmental Protection testers detected elevated levels of enterococci, a bacteria that can be an indicator for contamination, in the water in the bay at 16th Street in Surf City on Long Beach Island and the bay at Fifth Avenue in Seaside Park.

MORE: New Jersey residents can return to the gym next week – with face masks

Swimming advisories had been issued for Surf City, Seaside Park, and Lavallette beaches on Tuesday because of the bacteria levels. Officials cleared Lavallette after it passed its testing on Wednesday.

The threshold for safe swimming is 104 colony forming units of fecal bacteria per 100 milliliters of water.

Any time a sample returns a result greater than 104 cfu, a beach is placed under a swimming advisory, according to NJDEP. Additional sampling is conducted until water quality results are within the standard range. If bacteria levels continue to rise, a beach closure could be issued.

Beach contamination by enterococci is caused by water runoff from storms, sewage leaks, and industrial-scale livestock operations. Contact with contamination can cause gastrointestinal distress, including diarrhea, vomiting, nausea, and stomach pain. It can also potentially cause respiratory disease, ear and eye infections, and skin rash, according to the NJDEP.