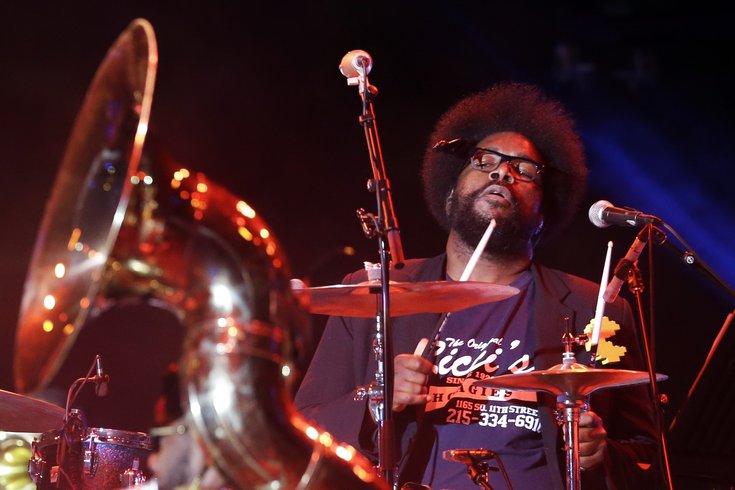 With the year almost over, this week brings a busy music schedule around town with a handful of long-anticipated shows rolling in over the weekend. While R5’s Punk Rock Flea Market will be the destination during the day Friday, Saturday and Sunday, check out our list of concerts and deejay sets below for your evening plans.

Local 10-piece jazz ensemble Fresh Cut Orchestra released their "From The Vine" album in February, a winding tour de force showing off the group’s chops and left-leaning ambitions. Fronted by trumpeter Josh Lawrence and anchored by Anwar Marshall’s drums and Jason Fraticelli’s bass, the group plays an early show at the Kimmel Center this week.

The ever-reliable Illvibe Collective duo Mr. Sonny James and Matthew Law return to Silk City for their nearly year-in-the-running Motion party. James and Law are two of the city’s busiest deejays, and a party like Motion gives them free rein on the dance floor. Drink specials include $4 Heineken, Sailor Jerry and Stoli, and college students get in free until midnight.

Dogs On Acid, a newly formed Philly punk band built up by members of former outfits Algernon Cadwallader and Snowing, kick off their tour at Ortlieb's. The group, which released its self-titled debut in August, spoke with Noisey earlier this year about the new album and signing to Jade Tree Records. “We were excited to have a new project to offer to anyone who wanted to listen,” guitarist Peter Helmis said. “As before, we didn't want to be grouped into any category.”

There’s not much to say about Firebeatz...or at least the name says most of it. The “big room house” production duo from Holland haven’t strayed far from the over-the-top sounds they’ve dug into since 2008, and their Rumor set will likely bring out a familiar crowd.

Mac Miller doubled down in 2015. A few years ago, Miller was reliably fratty, an awkward phase he painfully outgrew over the course of three albums. His latest, "GO:OD AM," completes the transformation, encapsulating Miller’s penchant for careful beatmaking and delighted rapping. Philly’s always been good to the Pittsburgh rapper, and on Saturday, he’ll be in good company with opening sets from Michael Christmas, Earthgang and Choo Jackson at The Fillmore.

Fifteen years on, Dave P. is still Making Time. Earlier this year, the event series celebrated that big milestone, and this weekend, resident Making Time deejays Dave P. himself and Sammy Slice bring it home to The Dolphin for an early Holiday Spectacular event. Not only is the cover free before midnight, there’s also an open bar (free Tecate and Heineken!) until 10 p.m.

Catch up on Dave P.’s latest edition of Making Time RADio on WXPN here for a preview of what to expect.

Schoolly D has just celebrated the 30th anniversary of his pivotal third record, “P.S.K.” The song, a Philly anthem, was the first-ever gangsta rap recording, and Schoolly’s been blazing a trail ever since. This Saturday, Schoolly stops by Milkboy for an evening of music and art (he’s a painter too, ya’know). Sarah Kane, Eric Horwitz and Cookie Rabinowitz will also be in full effect, and the whole event is hosted by WXPN’s Dan Reed.

Eric Bellinger: The Foundry at The Fillmore

Eric Bellinger is quietly one of R&B’s most vital artists. The Compton musician started as a songwriter and found his lane writing for Chris Brown, penning a pair of tracks on the Virginia singer’s "F.A.M.E." album before working for Usher. Bellinger has been his own man for years though, too, and this year, he proved as much (again) with a new project called "Cuffing Season" (better timed for the winter, no doubt) released on 300 Entertainment.

Questlove: The Foundry at The Fillmore

Staying true to his promise of a monthly deejay residence at The Foundry (the 450-person capacity club tucked away inside The Fillmore), Questlove returns to the space on Sunday for the third installment of his Questlove Supreme night. The Roots drummer is never far from Philly, but the residency locks down a guaranteed monthly appearance. Behind the decks, Quest exemplifies his reputation as a music guy: eclectic, fun, a little weird. He tends to pick a theme for the night and stick with it, but so far, we haven’t heard what he’ll be digging into (last month it was A Tribe Called Quest night).