The Phillies have been connected to Anthony Rendon, Stephen Strasburg, Didi Gregorius and others... 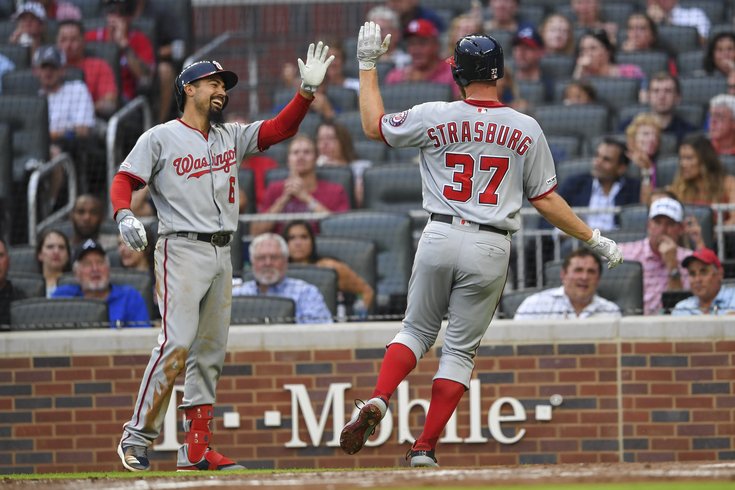 The Phillies are reportedly very interested in both Anthony Rendon and Stephen Strasburg from the Nats.

Much to our surprise, the dominoes have already begun to drop in MLB's free agency.

In stark contrast to last year's frustratingly slow burn, 2019 has been pretty exciting so far — and the Winter Meetings haven't even started yet.

The Phillies have made their fair share of headlines so far, letting Maikel Franco and Cesar Hernandez walk before spending $118 million to ink starting pitcher Zack Wheeler.

It looks like there could be more to come.

The Phillies have been connected to every big name out there, from Gerrit Cole to Stephen Strasburg to Anthony Rendon to Didi Gregorius.

It sounds like, if you believe reports left and right from MLB insiders, that money is no object — despite the fact that the Phillies are starting to get close to the luxury tax.

Philadelphia is interested in anyone and everyone right now, with their top priority seemingly changing every single day.

What we know for sure is that they will, in some way, address the open infield spot in their line up while most likely reinforcing their weak rotation with at least one more starter. Whether they go with a superstar or marginal upgrade is yet to be seen, but it is nice to see the team is not holding back in their pursuit of free agents.

Since we have absolutely no idea when the next big rumor or signing or trade will emerge, we've set up the live stream/open thread below to help you follow along with all the MLB free agency action.