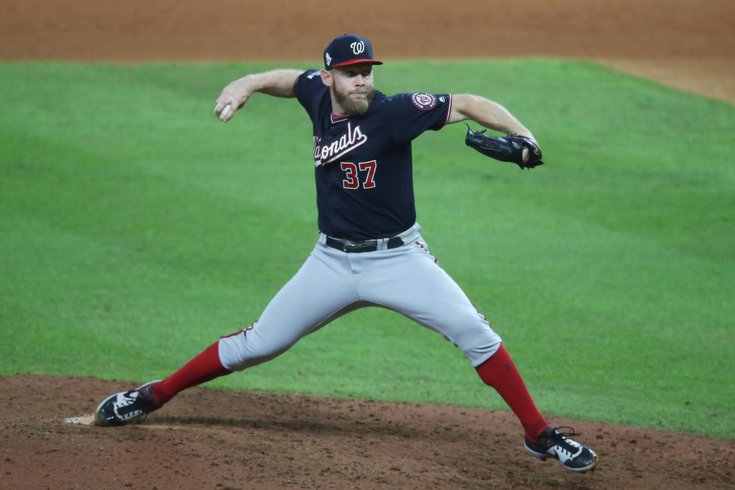 Will the Phillies be able to convince Stephen Strasburg to come to Philly?

Zack Wheeler emerged as the top target for the Phillies to help their lackluster pitching staff today, but that doesn't mean a moonshot isn't possible.

According to a report from MLB Insider Jon Heyman, Stephen Strasburg might be a possibility.

Phillies are looking at Stephen Strasburg. They just saw old friend Cole Hamels go to rival Braves but expect them to work hard to improve rotation. Phils also in on Wheeler, as noted, plus others. Also linked to SS: WAS, NYY, LAD, SD. Incumbent Nats seen as favorites for now.

Strasburg is available much in the way Bryce Harper was last year, but the difference is the Nationals appear like they are pretty motivated to retain him.

However, the Phillies have motivation too, as their struggles on the mound arguably cost them a playoff spot last year. If the team is willing to spend north of $100 million on Wheeler, they should be willing to spend on Strasburg, who is more than just a solid middle of the rotation starter — he is a Cy Young caliber hurler.

And here are Strasburg's:

Strasburg will command a huge contract at age 30, but he's shown he's worth it every single year. His floor is as the second best pitcher in the Phillies' rotation and his ceiling is the best in baseball.

It will be interesting to see if this is a serious interest. If so, it'll linger and other teams will drop out. It is still reported that the Nats have the inside track, so the Phillies may have to break the bank to get him to join former teammate Harper in red pinstripes.

It may be tougher this offseason, because, you know, World Series.