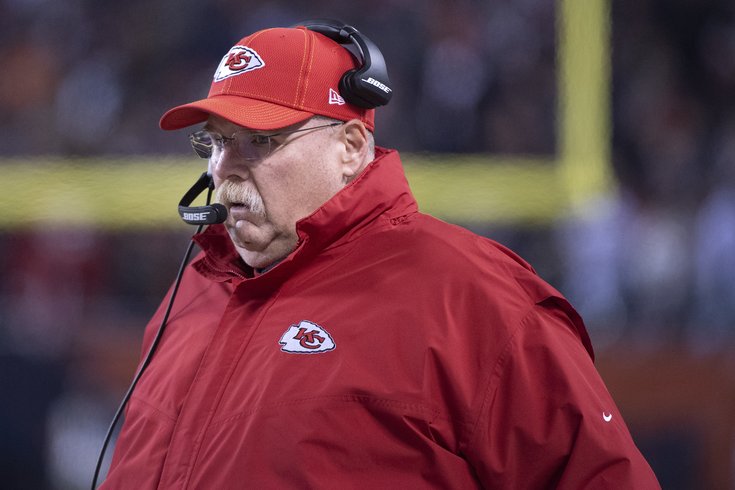 Get it done already, Andy.

For the gambling degenerates, and those of you who just like watching NFL playoff football, here are my divisional round picks, as well as a place to comment on the action.

Texans at Chiefs (-9.5): It's all lining up nicely for Big Red, as the Chiefs will face the Texans, a team with a point differential of -7 during the regular season in the divisional round, and if they get to the AFC Championship Game, they'll take on the 6-seed Titans. And then if they get to the Super Bowl, whoever they face from the NFC will have major flaws.

Even though they have yet to play a game in the playoffs, fivethirtyeight.com is giving old Andy slightly better than a 1-in-3 chance of winning it all. To be determined if they'll find a new and exciting way to blow it, but they should take care of business against a crappy Texans team (well, crappy for the divisional round, anyway).

Seahawks at Packers (-4.5): I don't think that either of these teams have great rosters, but the biggest matchup advantage in this game goes to the Packers' star edge rushers — Za'Darius Smith and Preston Smith — against the Seahawks' offensive tackles. Russell Wilson will make his share of plays, but the Smiths should put enough pressure on Wilson to force negative plays as well, while the Packers should have just enough firepower on offense to outscore Seattle. I like the Packers in a close one, with the Seahawks covering.

Picks against the spread: Seahawks (+4.5)

Feel free to discuss the games below: