Local doctor knows how to get your blood pumping 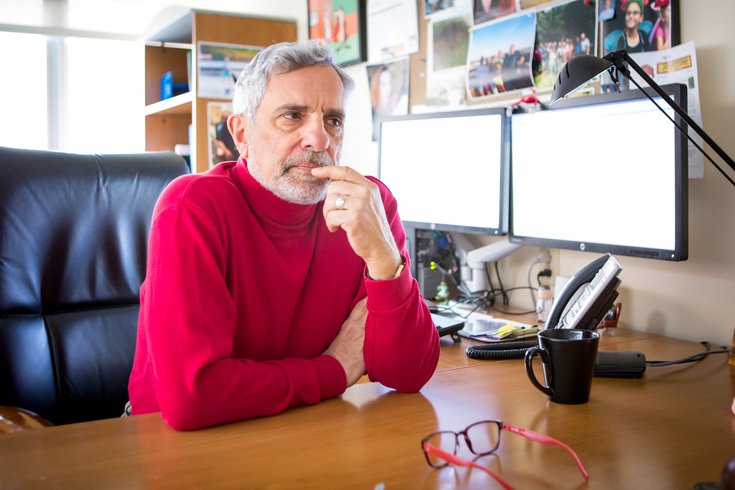 Dr. Peter Kowey, a cardiologist and medical mystery author, in his office at the Lankenau Heart Institute. His four novels are based on real-life medical cases.

Peter R. Kowey, M.D., a cardiologist at Main Line Health’s Lankenau Heart Institute, is an expert on what makes the heart tick and how to keep it healthy.

As the author of medical murder mysteries, he can really get your blood pumping, too.

Kowey, 68, the William Wikoff Smith Chair in Cardiovascular Research at Lankenau Institute for Medical Research and a professor of medicine and clinical pharmacology at Thomas Jefferson University, pulls inspiration for his writing from his own life. But his medical career doesn’t just give him fresh material for his stories, it's the reason he became an author at all.

While he enjoyed creative writing in college at St. Joseph’s College (now St. Joseph's University) before embarking on his medical career, it wasn’t until about 10 to 12 years ago that he was inspired to pursue it seriously.

The impetus was his role in a malpractice case as an expert witness for the defense. He became so frustrated and angry after hearing what he considered to be lies in court, his wife suggested he pour those emotions into creative writing. And that is how his first novel, “Lethal Rhythm,” was born. Based loosely on that malpractice case, Kowey details the toll that medical malpractice lawsuits can have on physicians and their patients.

Kowey’s most recent novel, “Death on the Pole,” tells the story of an exotic dancer who dies after physicians fail to diagnose her heart problem.

What a lot of people love about his books, he says, are stories based on real-life medical cases and characters based on real people in his life.

“I am very careful not to expose people’s private lives, but you can see individuals from my life in my books and readers who know me love to try to figure out who is who,” he said.

It was a long road to getting that first book published. Kowey describes writing that very first draft as extremely painful. Accustomed to writing scientific papers, he struggled a bit adjusting to writing for a more general audience and jettisoning the academic language. 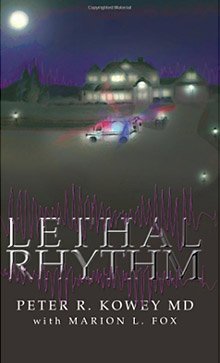 To get help, he took a couple of creative writing courses at Penn, where he learned how to significantly improve his writing.

That first draft of the first book took a couple of years, but with each subsequent book the process has become easier. His other first drafts took about a year.

Kowey finds early morning – before the day gets busy – to be the best time for writing. With a clearer head, he takes advantage of the quiet. He tries to block out at least two to three hours of time so he doesn’t have to interrupt his creative flow.

Because medical murder mysteries require clues for the reader to understand what happens at the end, Kowey always starts with an extensive outline.

But after four books with the same characters in them, he also finds that the characters have taken on a life of their own.

While his writing process hasn’t changed much from that first book, Kowey said that the quality of his writing certainly has. He is always actively seeking criticism on all his books because he believes the only way to improve is to learn how to do it better.

Kowey, who lives in Bryn Mawr, also loves to encourage other writers. He believes that anyone who wants to write, should write because everyone needs a creative outlet. And what matters is not whether you get a publishing deal or not, but the writing itself.

Kowey’s advice for those who want to get published? Perseverance.

“A lot of times that is the only difference between the person with one chapter of a book saved on the computer and a published author. They are willing to keep plugging away until they finish it, and then polish it and accept criticism and then change it. It takes a long time to do all that and a lot of effort but it is very important.”