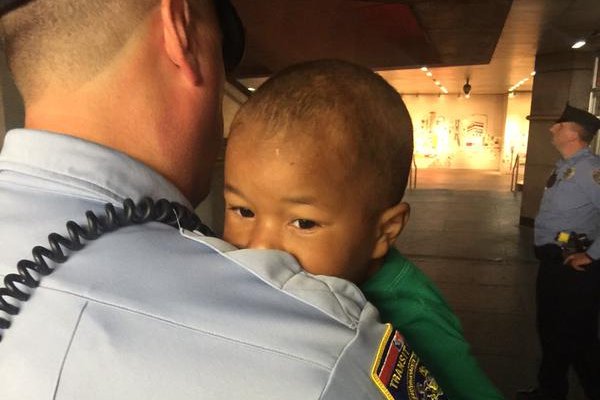 A local ministry has announced its efforts to help the family of a boy found wandering shoeless and alone in LOVE Park Friday.

Chosen 300 Ministries, a homeless advocacy group, has launched a $12,000 campaign to secure housing for the family for one year after the 2-year-old boy was discovered in LOVE Park around 11 p.m. by two people who brought him to the Transit Police Station near 15th Street.

The child's parents, a 24-year-old male and 27-year-old female, informed police they had been kicked out of where they were staying and spent the night at the park, according to 6ABC.

The parents said the boy wandered off once they had fallen asleep. They were unaware he was missing when he was found in a separate area of the park.

@TNestel3 your guys just found this little guy wandering around 15th St station. Please keep me informed how he pic.twitter.com/dAjl5BsA92

The boy's 4-year-old sister was with the parents when they were located. Both children have been placed with DHS.

No charges have been filed yet.

"It doesn't make them bad parents," Brian Jenkins of Chosen 300 told 6ABC. "It says they don't have what they need to be able to survive."

According to Jenkins, all donations will go directly toward a landlord to cover rent costs, as well as social services costs to help the family become self-sufficient.

Donations can be made here.