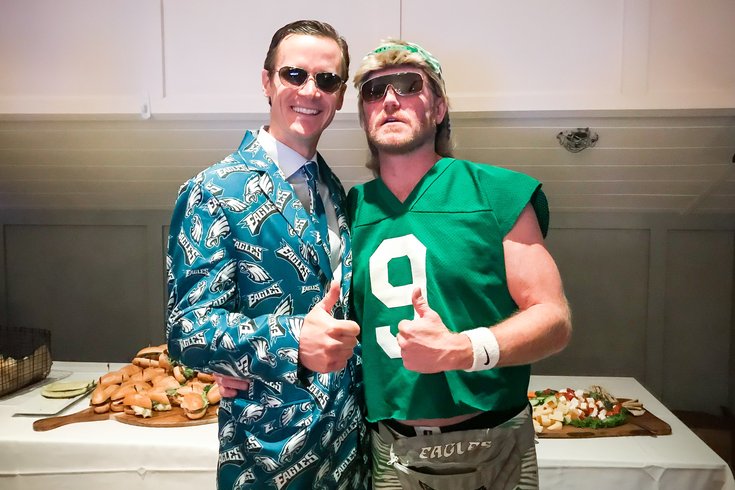 Dr. Robert Kelly, D.O., president of the Pennsylvania Pain & Spine Institute, gives a big thumbs-up in his three-piece Eagles suit with Glen Henderson, aka "Mullet Man," one half of the Zubaz Brothers comedy duo that is managed by Kelly.

On Halloween this year, patients at the Pennsylvania Pain & Spine Institute got a real treat.

“The patients got a big kick out of it,” says Kelly, who co-founded the Chalfont, Bucks County-based practice. “Laughter is the way I promote healing. No medicine can take the place of laughter.”

Working with patients who have cancer and/or chronic pain, Kelly has learned never to underestimate the power of laughter in the healing process. He explained that the feel-good chemicals released even to just giggle, not only help you cope better emotionally and mentally, but also reduce pain.

LAUGHING TILL IT HURTS

Kelly does a lot more than just inject humor into his patients’ lives, though. He also promotes the healing power of laughter as the manager and promoter of the Zubaz Brothers, the Eagles superfans/comedy duo who have made a name for themselves with their old school team costumes, retro hair and slapstick comedy.

Eagles season ticketholders Glen Henderson and Jason Fehon, aka “Mullet Man” and “Bird Head,” respectively, have tailgated at home games for years, entertaining their fellow fans in the Jetro Parking lot near Lincoln Financial Field. The comic relief then moves inside the stadium.

“We have always been HUGE Eagles fans," Kelly says. "Our love for the team started from the early 1990s during coach Buddy Ryan's era, hence our throwback Zubaz pants, high-top Reeboks, fanny pack and mullet wigs. The comedy act is very visual with a lot of physical slapstick and nostalgia for the '80s and early '90s."

The guys makes appearances with the Eagles drum line and visits patients at local hospitals. Kelly and the "brothers" use the comedy act to help raise money for charities like Alex’s Lemonade Stand and The Association for Frontotemporal Degeneration.

“Typically in the spring, we hold a multi-day Alex’s Lemonade Stand in Ambler (Montgomery County) and we attract people to the event with the Zubaz Brothers' comedy,” Kelly said.

Henderson and Fehon created the concept and brought on Kelly to manage and promote the act. Kelly works mostly behind the scenes, but has also been known to don his Eagles-green suit and tie and work the sidelines at some appearances.

FUNNY BONE IN HIS DNA

According to Kelly, he inherited a strong funny bone from his father and grandfather.

“Humor was always an integral part of my life growing up. My dad would come up with these elaborate Halloween decorations to scare the neighborhood kids and make the parents laugh,” he said. 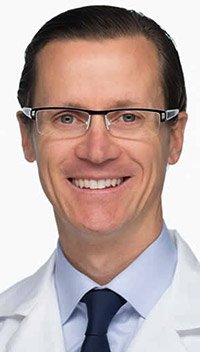 Dr. Robert Kelly: “Laughter is the way I promote healing.“

That love of entertaining people and making them laugh is what cemented the strong friendship between Kelly and the Zubaz Brothers. Kelly first met Henderson, owner of Henderson Custom Painting, in 1995 at Bucknell University in Lewisburg, Pennsylvania.

Kelly was pursuing a degree in biology and German while Henderson was majoring in English, history and military science. Despite different academic interests, they bonded over their passion for comedy.

Kelly, now 41, would graduate from Bucknell in 1998 and go on to train to be a doctor, completing his residency at Harvard Medical School and a Pain Medicine Fellowship at Cooper University Hospital in Camden. But he also pursued a career in standup comedy.

He acted as agent for himself and Henderson from 1999 to 2002, and the two friends even took a comedy class together called the “Intro to Stand Up Comedy” at Montgomery County Community College, which was taught by Paul Solari, a comedian and comedy promoter influential in the careers of Jerry Seinfeld and Yakov Smirnoff.

In the end though, Kelly, who lives in Ambler, decided that performing on stage himself wasn’t meant to be. He did, however, write some of the material Henderson performed in the early 2000s at local clubs like BONKERS in Haverford and Helium Comedy Club in Skippack.

“Taking one's own weird habits and owning them without self-consciousness.”