Local startup SmartPlate gets a spot on 'Shark Tank' 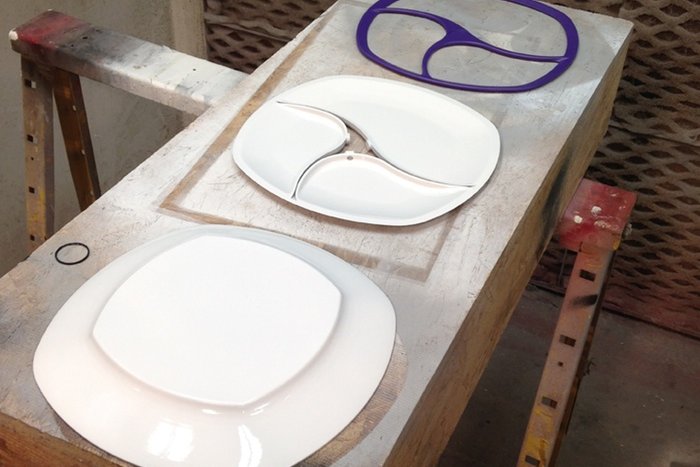 Invented by Philadelphia's own Fitly, the SmartPlate comes with three digital cameras and weighs your food.

Back in May we told you about SmartPlate, the locally designed dinner plate that detects what you're eating and how many calories its worth. The device, created by Philadelphia technology startup Fitly, launched with a successful Kickstarter campaign last year; SmartPlate is available for pre-order online.

But before users get their hands on a SmartPlate (they begin shipping this fall, retailing for $149), its makers are heading into the "Shark Tank."

Yes, one more Philly business had landed on the ABC show where investors choose whether or not they will endow hopeful entrepreneurs with the funds they seek to boost their business.

The show is known to look for companies that have already seen a little success; SmartPlate, which has been featured all over the Internet as well as on "Good Morning America" last month, was a shoo-in. Their build-up of buzz is also a good sign that the "sharks" might give them some money when their episode airs Feb. 12 at 9 p.m.

So how does SmartPlate work? It looks just like a dinner plate that's divided into sections, but it also has three digital cameras and weighs your food. Image recognition technology helps it detect exactly what you're eating and how many calories it's worth.

If Fitly is as successful as Hungry Harvest, Scholly or PiperWai, then SmartPlate could be on your dinner table faster than you can say "overeating."