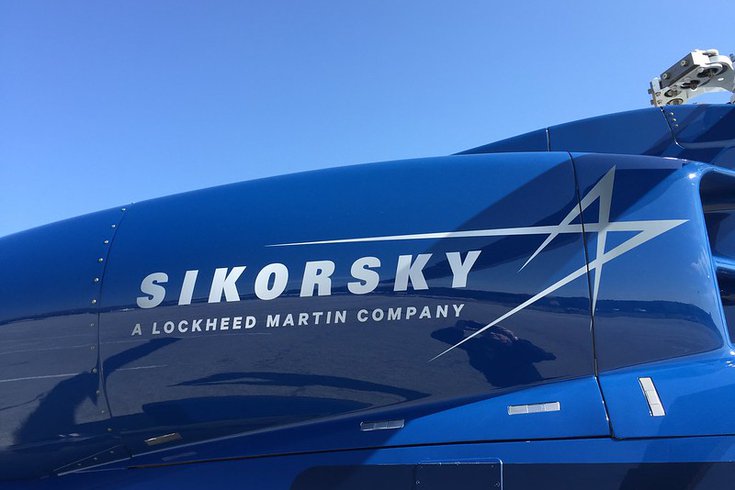 Lockheed Martin said that projects at its Sikorsky helicopter plant in Coatesville will be consolidated into other company locations.

Lockheed Martin's Sikorsky helicopter facility in Coatesville, Chester County will be no more by March 2022.

The aerospace and technology company said Thursday that it will close down the southeastern Pennsylvania plant in the next year due to a decline in the commercial helicopter space and an inability to secure enough work to keep operations going.

Roughly 240 workers are expected to lose their jobs as part of the shutdown, while another 120 employees will be offered the opportunity to work remotely or relocate.

The Maryland-based company said it will provide training and reemployment opportunities for all workers at the plant, the Inquirer reported. Lockheed Martin still expects to employ over 4,260 people in Pennsylvania, according to the Associated Press.

The Coatesville plant has been home to projects such as completion work for Sikorsky’s S-92 and S-76D helicopter, the VH-92 aircraft that is more commonly known as Marine One and upgrades to Canada's Maritime Helicopter Program. Lockheed Martin said that it will consolidate the work being done at the plant into other company locations.

U.S. Rep. Chrissy Houlahan, who represents Chester County in Congress, said she was "frustrated and disappointed" by the company's decision.

“This is not the outcome we wanted but now my priority over the next seven months is helping these highly-skilled workers find new jobs in our community and finding a productive use for the facility that contributes to the tax base and the vibrancy of Coatesville,” Houlahan said. "Some of our region’s best and brightest are working in Coatesville and I will do everything I can to keep them here.”

The Sikorsky helicopter plant was originally scheduled to cease operations in 2019 due to a slowdown in the rotorcraft industry. But Lockheed Martin walked back those plans after a request and public pressure from then-President Donald Trump and other elected officials.

Lockheed Martin has other facilities located in the Philly region in Cherry Hill, King of Prussia and Moorestown.