Mayor: 'Yes, there are rats in Longport' 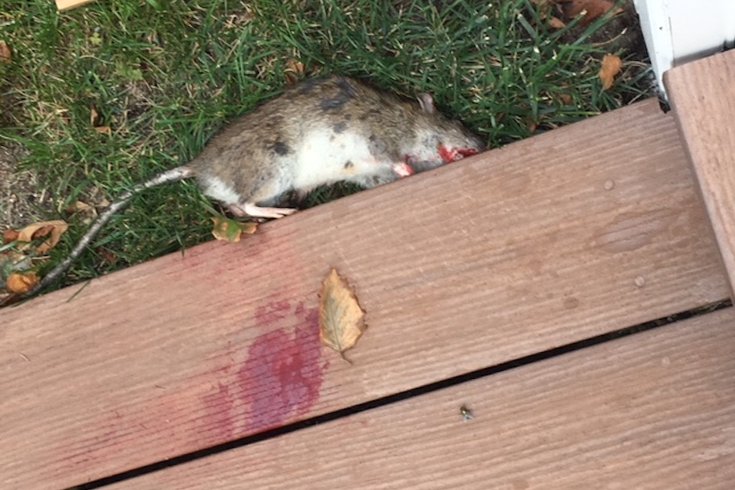 One of 14 rats that the Kreisl family of Longport, N.J. has killed in their backyard since the end of August 2018. They're concerned about the public-health impact of an infestation in their shore resort town and the lack of response they've gotten from officials.

Less than a week after Richard and Debi Kreisl went public with their tale of barrier-island rat-infestation woe, the mayor of Longport, Atlantic County, issued a public letter to residents breaking down the rodents' impact on the shore town.

“Yes, there are rats in Longport,” wrote Mayor Nick Russo, on the municipal website.

"Actually," he shared, "rats, mice, possums, rabbits and foxes have been here on the island for many years.”

This, of course, was a well-known fact (particularly, the part about rabbits) but the Kreisls' concern was why rats were moving to their mid-island area from traditional habitats along the bay.

In the letter, Russo broke down steps that the borough has taken to address the issue – public-works employees trying to identify hotspots, ongoing treatment of public areas, etc. – but called on residents to pitch in to keep Longport as rat-free as possible.

“Rodents usually burrow into the soil along a wall, fence or under items being stored on the ground,” he wrote. “If you have burrows on your property, you will need to take action to address the problem. Hiring a licensed exterminator is highly recommended.

“Please be vigilant. With a combined effort, we will continue to keep Longport the wonderful community that it is.”

Debi Kreisl led the public awareness mission both at Borough Hall and beyond after 14 rats were trapped in their backyard alone since late August.

She was somewhat pleased with Russo’s message, which was distributed via a municipal email blast on Wednesday.

“Looks like we finally got the mayor’s attention, although I would have expected something more,” she said Thursday morning. "A good friend who lives here in Longport said the mayor’s letter is downplaying the whole issue, which I agree.

"However, now instead of a few residents via word of mouth knowing about the issues, the whole town does, or at least those who have signed up for emails from the borough. I just have a feeling that this isn’t over yet, especially with 30 permits being issued for demolition in the next few months."

You can read the mayor's “Longport Resident Concerns about Rats” statement via this link.