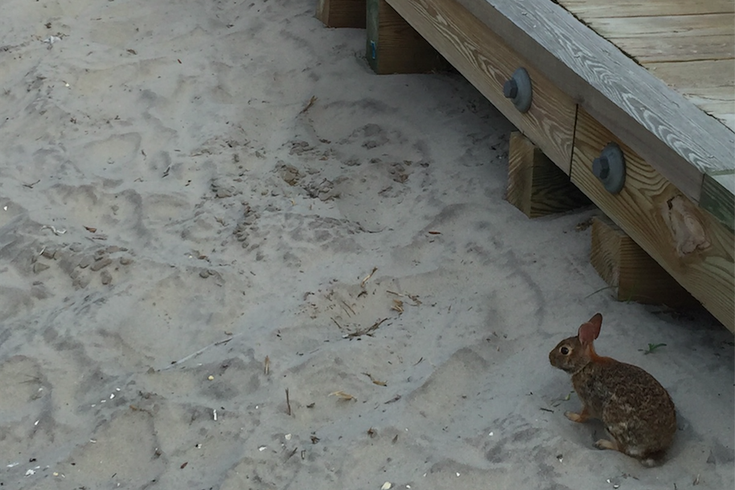 At a gorgeous beachfront property in Longport, they shared stories about finding dead rabbits in their swimming pools, dogs nearly dying, uniformed police knocking on front doors to warn against harmful hares and the dangers of rabbit feces for toddlers and children.

They also spoke Friday morning about feeling dismissively disrespected when they ask elected officials to help stave off this and other issues – like the looming dune-replenishment project – that adversely impact their quality of life and property values.

Sure, they know how easy it is for close-minded critics to write them off as the whiny wealthy – after all, the house for sale up the block is listed for $2.85 million – but that mattered little.

What they wanted was merely – and finally – to be heard or even acknowledged by the powers-that-be.

The meeting came about after Cathy DiFlorio sent a lengthy email to PhillyVoice after seeing my story about the Jersey Shore “rabbit explosion” which posted on Monday.

She had clearly done her research. Not too surprising after hearing the “rabbit explosion” has been impacting them for years. Beyond the visible impact, it’s fomented fears of illness and disease spreading in this Atlantic County resort town.

“Rabbits are not ‘more of a curiosity than a menace’ nor are they just ‘eating the manicured lawns and lovely flowers planted by residents of this wealthy hamlet by the sea,’ ” she wrote. “Should a human, most likely a toddler, touch rabbit droppings and then touch food or their mouth, diseases will likely get transmitted.”

DiFlorio also maintained that Longport Mayor Nick Russo’s suspension of the rabbit-control program last summer “irresponsibly showed a total disregard for my young nieces and nephews, the neighborhood children and many beach visitors with youngsters that can easily come in contact with disease-infested rabbit droppings.”

It was a passionate email, and its spirit was shared by 10 shore neighbors who aired their concerns in DiFlorio’s living room on Friday morning.

In a bigger-picture sense, they vented about an age-old shore dynamic: Despite being taxpayers, and big-number ones at that, the non-resident homeowners feel they have limited say in the process.

There was Donna Romeo, who noted that she counted 27 rabbits on her morning dog walk. If that seems like a lot, it really isn’t. On a recent evening’s walk, she counted 45.

She also pointed out that the astroturf near her driveway is often littered with “grotesque” rabbit feces “that won’t dissolve.”

"I can’t say I know that (eating rabbit poop) was the cause, but I can’t say that I know it wasn’t. We almost lost our companion." – Larry Magid

That dynamic prompted Larry Magid, the legendary concert promoter, to put a face to the health threat associated with rabbit poop that can be found well beyond Romeo’s driveway.

The face was that of Midnight, his family’s nine-year-old black lab rescue dog.

“She got very sick Memorial Day weekend and had to be quarantined for eight days, got six transfusions, her immune system broke down. She’s starting to do better now, but this could have been tragic,” he said. “I can’t say I know that (eating rabbit poop) was the cause, but I can’t say that I know it wasn’t. We almost lost our companion.”

The health risks extend beyond pets. Members of the group said they also worried about children walking in rabbit urine while going barefoot to and from the beach. 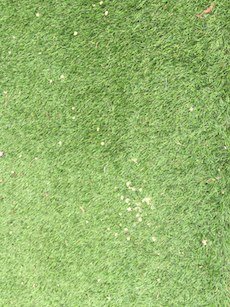 One neighbor spoke of finding a dead rabbit in their pool earlier this summer, and having to “scoop it out” and "shock" the water so people could swim safely.


Another found a dead rabbit “with its guts spilled out all over the place” on a back patio that overlooks the beach and ocean.

Another noted that she’s seen cars swerving to avoid striking rabbits in the streets, sometimes successfully.

Another has “spiked” her front lawn with plastic forks so the rabbits won’t eat her grass or flowers in the garden.

Yet another neighbor said she was screamed at as representing “you people from Longport” after asking an animal-control official whether feral cats could return to town as the natural predators they are.

Making matter worse, the rabbit population – which has long been noticeable in Longport but burgeoning in recent years thanks to a lack of natural predators – seems to be “getting more aggressive.”

THEY JUST WANT TO BE HEARD

DiFlorio and neighbor Lynne Cooper said they complained to Russo last year, but that their words fell on dismissive ears and were met with an “inappropriate” response they wouldn't specify for publication.

“We don’t have a voice in Longport,” Cooper said of a town with a year-round population of 872 residents that balloons to roughly 8,000 in the summer months. “They treated us like children instead of constituents. We were patronized.”

The group made the case that – considering “90 percent of the taxes” come from beachfront properties, and they spend roughly half the year in Longport – their concerns should be addressed.

"We have legitimate concerns. We just want to be listened to." – Dennis DiFlorio, Longport resident

They don’t think Russo should have ended last summer’s rabbit-control mission and wish they'd had a chance to debate its merits before the effort was discontinued.

“When you have people in power working against you, it’s disturbing,” said DiFlorio’s husband, Dennis. “It’s a matter of health, and (the mayor) just blows us off. We have legitimate concerns. We just want to be listened to.”

It’s not a matter of money.

The rabbit-removal program was covered in last year’s budget in a small town that spent hundreds of thousands of dollars to renovate a library that hosts “How to read e-books” seminars and reportedly has 49 vehicles for a 13-officer police force.

“It’s taxation without representation,” maintained Ron Leff, one of the DiFlorios' neighbors.

As was the case with the initial rabbit story, Russo didn’t return a call seeking comment for this article.

These residents don’t see it as a “giggle, giggle bunny story.” They worry about serious health risks more than the aesthetic annoyances.

“If it were rats proliferating, they’d be out here in a heartbeat,” Leff noted, adding that people in this group have signed up for residents' commissions and personally offered the city help in their respective professional fields. “They treat us as if we’re nuisances rather than assets.”

By the end of the conversation, they were brainstorming ways to get their voices heard. Among the ideas: Forming a political action committee or a homeowners' association that could unite non-resident taxpayers.

“The mayor has got to realize that something has to be done,” Dennis DiFlorio said of the rabbits specifically and, in a broader sense, communicating with taxpayers. “We’re not people who will just sit back and say, ‘OK, Nick.’ He really needs to step up and protect the health and safety of everybody.”

Everybody agreed that one approach could reduce the pervasive rabbit droppings throughout the community: If Longport would just let them, they’d put rabbit traps out in their yard instantly.

But in the meantime, Cathy DiFlorio made sure to point out something important that she thinks has been missing from the Jersey Shore rabbit coverage.

"Parents in these shore towns need to be very careful not to let curious toddlers pick up rabbit droppings," she said. "And, if they touch droppings, wash their hands right away."