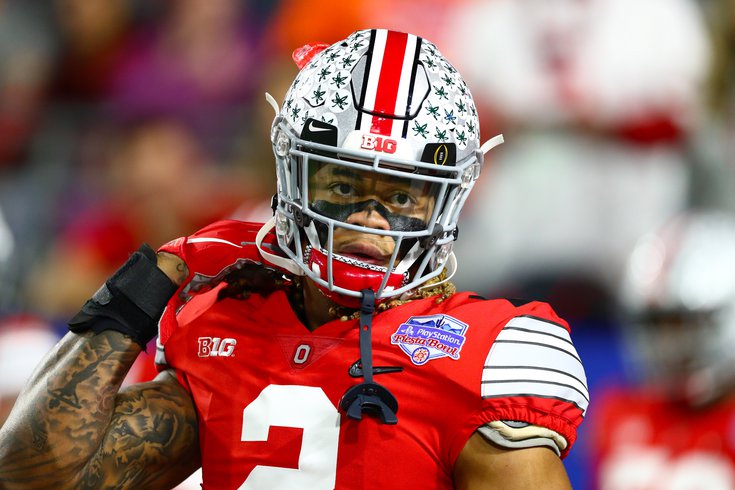 The Philadelphia Eagles made the playoffs in 2019, largely because they played in the craptastic NFC East, collecting four wins over the 3-13 Washington team and the 4-12 Giants. All three teams fired their head coaches, and two of them had top 4 picks.

Let's analyze each pick that the "other" NFC East teams made on Day 1.

• Pick 2: Chase Young, DE, Ohio State: There was never any real doubt that the Washington team was going to take Young with the second overall pick. He was the best prospect in college football, and many draft analysts have referred to him as the best pass rushing prospect they've ever studied.

Under the Bruce Allen regime, the Washington team built a solid defensive front with high picks, and Young could take that unit to the next level. This is the fourth straight year they have spent a first round pick on a defensive lineman or edge rusher.

Add in veteran borderline Hall of Famer Ryan Kerrigan, the improving 2017 second-round pick Tim Williams, and productive hustler Matt Ionnidis, and Washington really has something up front. They're going to be tough to block.

He also played both tackle positions at Georgia, so he can play RT as a rookie, and move to LT when the Giants are finally able to get out of Nate Solder's awful contract next offseason. Thomas makes sense, and the Giants are trying to build a quality line that they have lacked for a long time. All that is great; golf claps all around.

However, it was no secret that the Giants wanted to trade out of this pick. Now that they've made it, it's easy to see why. Thomas was merely one of four talented offensive tackles in this draft that went top 13, and probably the least physically impressive of the four, at least from an athletic measurables standpoint.

The Giants got a good player at a position of need, but it'd be interesting to know what kinds of offers they had to move back. This is a boring, but safe pick. It is probably not going to have the impact you're hoping for when you hold the No. 4 overall pick if you're a Giants fan that had to suffer through a dreadful 4-12 season in 2019.

• Pick 17: CeeDee Lamb, WR, Oklahoma: Most were projecting the Cowboys to draft an edge rusher, a cornerback, or a safety, but when Lamb fell into their laps at pick No. 17, he was too good to pass up.

Lamb will join an already very good wide receiving corps that includes Amari Cooper and Michael Gallup, who both topped 1,100 yards in 2019. He was regarded by many (self included) as the best wide receiver in this loaded wide receiver class.

Lamb has great hands, body control, he tracks the ball with ease, strength, YAC ability, toughness, slot-outside versatility, etc etc. If there's one small gripe, it's that he's not a burner, though certainly his speed is fine. I don't know how in the world he fell to 17.

The Cowboys' offense is going to be difficult to deal with.