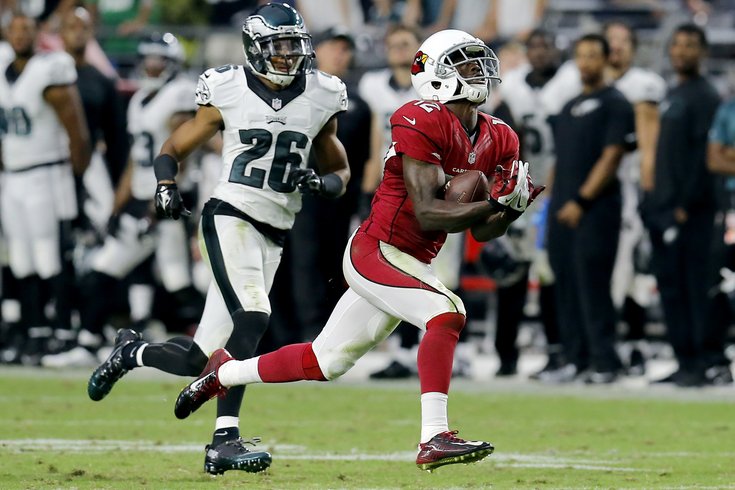 According to OverTheCap.com (via BleedingGreenNation.com), the Eagles have an estimated $18,954,544 in cap space heading into the offseason, which is the 16th most in the NFL. The Eagles of course have to re-sign Jeremy Maclin, and have a wide assortment of other positions they could stand to upgrade by signing away other players in free agency, such as these guys.

If the Eagles need to free up more cap space, there are a number of players on their roster who could become cap casualties, listed below:

Cole did a good job transitioning from his role as a 4-3 DE for the entirety of his career to a 3-4 OLB the last two seasons. But clearly, with Cole turning 33 during the 2015 season, his most productive days are behind him. Cole may be amenable to a pay cut, but there is somewhere in the vicinity of a 0% chance the Eagles keep him at his current salary cap figure. 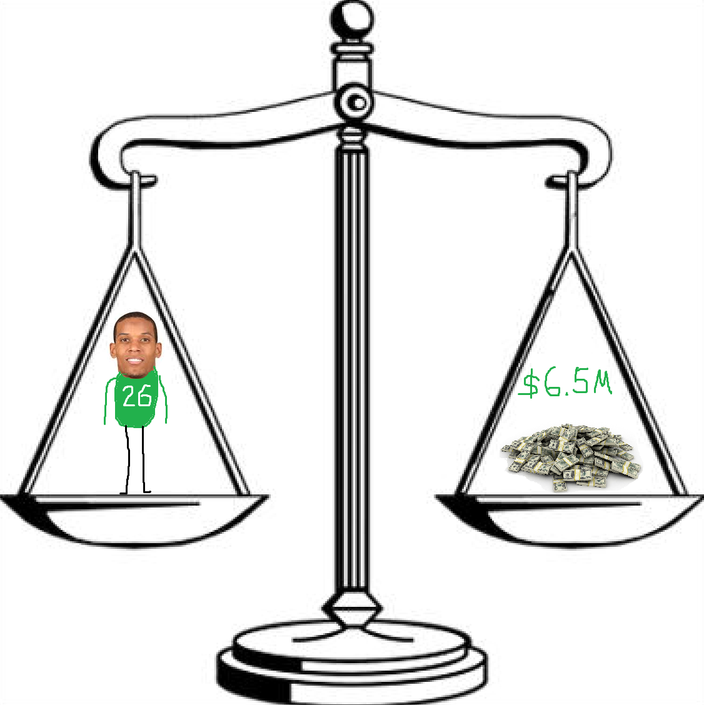 Such a tough decision there.

Are you healthy, bro?

The Eagles are severely lacking for ILB depth, so they need DeMeco Ryans and will likely play "wait and see" with him. If Ryans can come back from his torn Achilles and be something close to the player he was in 2014, then overpaying him a bit is a necessary evil. However, when the Eagles get to training camp, if they determine that his Achilles causing him to decline further, he could be a player the Eagles cut to make room for their 2016 free agents, which could be a costly bunch.

Assuming he recovers from a torn bicep, Herremans (33 in October) likely isn't going anywhere this offseason, especially on a team lacking offensive line depth. Saving 2.8 million off the cap isn't worth cutting a player who has established continuity with Jason Kelce to his left and Lane Johnson to his right. Maybe in 2016, when his cap savings would be $5 million.

Paid more than their value, but #culture

Chip Kelly loves him some Brent Celek. Via Zach Berman of the Inquirer:

Kelly called Celek "everything you want," elaborating that he is the "ultimate" professional who is "totally selfless." From Kelly, there are few better compliments. Because for all the attention devoted to Kelly's scheme and innovation, he's as devoted to how a player fits within the culture.

In 2014, Celek had 32 catches for 340 yards, 34% of which came in a blowout against the Panthers. He didn't score his first TD until the meaningless Week 17 game against the Giants. His receiving numbers have also been declining every year since 2011:

Celek is the best blocking TE on the team, but is that worth the $4.8 million he's due in 2015? Secondly, are the Eagles more dangerous offense with Celek on the field than they are with Zach Ertz? In my opinion, the answer to both questions is no.

Casey is unquestionably a very valuable special teams player, playing on what was the best special teams units in the league in 2014. But certainly, Casey had to have envisioned a bigger role in the regular offense when he signed with the Eagles during the 2013 offseason. To date, Casey has played just 15.13% of the Eagles' snaps since he signed in Philly (via PFF):

Casey has had trouble getting on the field because Celek is a better blocker, and Ertz is a more dynamic receiver. Casey also has to worry about 2014 undrafted free agent Trey Burton gaining an extended role as a "do a lot" player with many of the same versatile traits.

While Casey's production in the regular offense is lacking (which may not necessarily be his fault), do you mess around and cut one of your most valuable players on the best special teams units in the league? I'd lean toward no.

Secretly eating up a nice chunk of change

Paying $2.9 million to a dime CB who the coaching staff didn't trust to start over Bradley Fletcher is excessive. The Eagles can't cut Carroll until they have enough pieces to replace him, but watch for Carroll to have his cap number working against him when the final 53 is determined before the season begins.

The elephant in the room

The Eagles couldn't possibly get rid of DeSean Jackson and LeSean McCoy in consecutive seasons, could they?

Of the players on this list, with the exception of maybe James Casey, McCoy is the only player in this article with any kind of trade value whatsoever. McCoy has a huge cap number in 2015, and while he is willing to restructure (translation: take more guaranteed money, which every player would want to do), he is not going to listen to any pay cut talk.

McCoy's situation could be a 1000 word post on its own (and maybe it will be later this week), but the reality is that the Eagles don't have another running back on the roster ready to take over for McCoy is he were to go the DeSean route. Darren Sproles is a change of pace guy only, and Chris Polk has not proven he can stay healthy. The only way the Eagles could ever jettison McCoy is if they already had another proven quality runner in place first.

And obviously, as noted above, there are plenty of other ways the Eagles could save cap space before they need to do something drastic with McCoy.